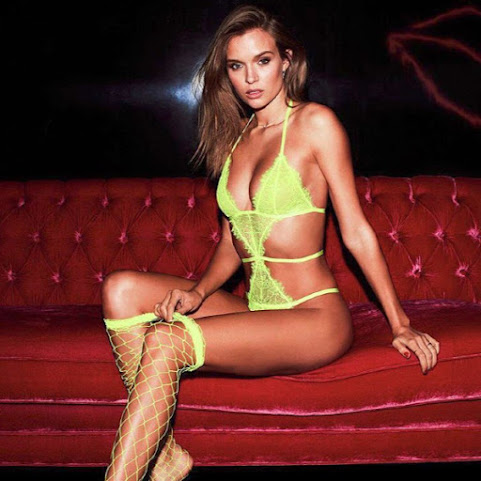 Biz Insider: Victoria's Secret is now selling high-end lingerie from Paris that costs up to $200 for a bra

Closer to home, we're starting our day with these local news links:

KANSAS CITY, Mo. - A sensor smaller than a dime is helping doctors keep heart-failure patients out of the hospital. Abbott's CardioMEMS is a device that measures pulmonary pressure. The new technology is being used at Saint Luke's Mid America Heart Institute, where 41 Action News met one patient benefiting from the sensor.

KANSAS CITY, Mo. - Former University of Missouri-Kansas City men's basketball player Michael Watson is a living embodiment of hard work yielding a dream come true. Watson became the third player in Kangaroos history to have their number retired Saturday, when the his No. 22 jersey was retired during an on-court ceremony at Swinney Rec Center.

From Food To Friends!!!

LENEXA, KS (KCTV)-- A local group just returned from a long trip where they rescued a half dozen Greyhounds. The pups arrived in the metro on Sunday all the way from China.

KANSAS CITY, Mo. (AP) - The Negro Leagues Baseball Museum is celebrating the 100th anniversary of a Kansas City meeting that sparked the league with a yearlong celebration. The Kansas City Star reports that the museum in the 18th and Vine District has announced the festivities will begin Feb. 13, 2020.

Kansas City Ballet's "Lady of the Camellias" is gorgeous. The costuming, the dancing, the sets and lighting evoke a shimmering dream world, enhanced by the romantic music of Frédéric Chopin. Saturday's performance at the Kauffman Center earned resounding praise from the audience. Choreographer Val Caniparoli used the popular and familiar (and semi-autobiographical) story by Alexander ...


Kansas City Royals: The end of the Alcides Escobar era

Alcides Escobar was acquired by the Kansas City Royals after the Royals agreed to trade Zack Greinke and Yuniesky Betancourt to Milwaukee for Escobar, Lorenzo Cain, Jake Odorizzi, and Jeremy Jeffress during the offseason in 2010. Little did we know, this trade would completely change the way fans view the Royals.