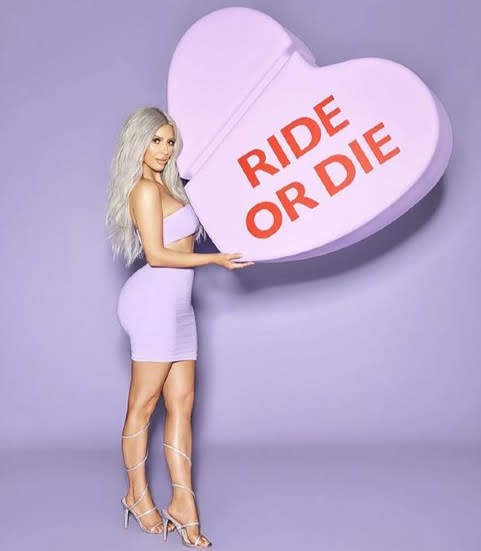 Hottie Kimmie and her promo goodness inspire this morning's collection of some of the most important pop culture news items:

Bustle: Kim Kardashian Got A French Manicure In 2019, So The '90s Are Officially Back

Closer to home these local items are also worth a taste:


The Kansas City Red Coaters Are Looking for New Members

The Red Coaters' tradition is as old as the team itself, dating back to the franchise's first days in Kansas City. They drove ticket sales through much of their history, but their primary focus today centers on serving those in need throughout Chiefs Kingdom.

Well, that didn't take long. A freshly raised $2.35 million investment round will be a turning point for Life Equals, taking its brand to the national stage, said Kyle FitzGerald, announcing the funding Thursday at Startland's Startups to Watch in 2019 celebration. Life Equals was selected as No.


Students, staff able to get property out of now-defunct Vatterott College

Students and staff blindsided by the sudden closure of Vatterott College last month were finally allowed to get their belongings from the building.

False Hope That Your Junk Has Value

LEAWOOD, KS (KCTV) -- Normally when a person thinks of treasure, they begin to conjure up pirate imagery. However, people around Kansas City can find treasure much closer than they imagine. There is a flurry of activity in one house in Leawood. The owners are moving and selling nearly all their belongings.

Lincoln Cemetery. Western Baptist Bible College. Wheatley-Provident Hospital. Compared to the 18th and Vine area, these are among the little-known locations important to Kansas City's African American history. But they may be better known by summer. They are among some of the more 130 suggested sites for the proposed African American Heritage Trail.

KANSAS CITY, Mo. - "How are you this evening?" Cheerful service. Ambience lighting. Exposed ceiling beams. Original brick walls. A little jazz music and conversation. And, of course, healthy comfort food. These are the makings of a great night out. That's the approach on Troost takes at its brand new , redefining what a soup kitchen should be.

Whether you don't give a bleep about the Super Bowl or regard America's King Kong of sporting events as essential viewing, this weekend isn't only about the big game. It can also be about building dreams with young hands, laughing at hilariously insightful stand-up comedy and rooting on your favorite tough cookies on wheels.

Kim Kardashian is a nasty whore with a huge ass. Her sisters are whores too. No wonder Bruce Jenner went insane and decided he had to be a whore like them.

Those Kartrashian sluts sure do like their black cocks.

Based on the photos and Cleavers quota system the Kansas City Red Coaters are not diverse and membership do not represent the makeup of the community. Since they are looking for new members blacks need to join so they can screw something else up.

Ridden by more negroes than the Underground railroad.

^^who your mom? That's what I hear. BBC queen, ain't she barney boi?

Will join red coaters only if they can get me into the locker room after a good, sweaty, workout. Oh my. I now have the vapors.