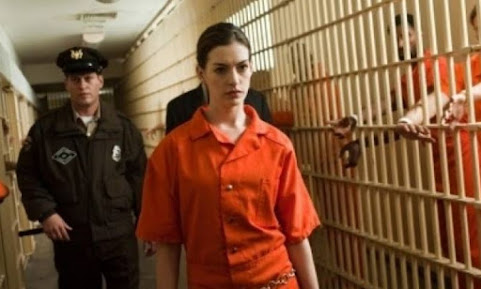 A quick roundup of crime news, allegations and Kansas City topics related to police action as we work our way toward the weekend.


No Charge For Bus Driver Flipping Out


Judge accused of victim-blaming has been lenient before

A Kansas judge who blamed two teenage girls for a sexual encounter with a 67-year-old man spent nearly a decade on the bench overseeing mostly sealed juvenile and child-in-need-of-care cases behind closed doors before taking over the adult criminal cases for a retiring judge last summer.

LENEXA, KS (KCTV) - A man is facing charges related to a human trafficking case in Johnson County, Kansas after being pulled over by an officer in Lenexa earlier this month. On Feb. 1 at about 4:30 a.m., an officer made a traffic stop in the 8000 block of Lenexa Drive.

Four people have been charged in Johnson County District Court with passing counterfeit money at businesses in Overland Park. Bond for each was set at $100,000.


Police Want Conversation With This Guy


Merriam police want to talk to man about incident at Walgreens

A Kansas City, Kan., man, who allegedly had a gun with him when he was shot during a suspected drug deal, has been charged with several federal firearms charges.

OLATHE, KS (AP) -- A 51-year-old former Olathe nursing home employee pleaded guilty to stealing jewelry from a resident suffering from dementia. Tonette Raylene Ealy, of Kansas City, KS, pleaded guilty Friday to a misdemeanor count of mistreatment of a dependent adult. She also was ordered to pay restitution to the victim.


Crime Across The State

KANSAS CITY, MO (STL.News) - A St. Louis, Missouri man who was found passed out at an Oak Grove, Mo., truck stop after a week-long bender has been sentenced in federal court for illegally possessing methamphetamine and a firearm. James P. Pettus, 40, was sentenced by U.S. District Judge Brian C.

We might make #4 worst in the country this year. Perhaps even #3.

And who in the hell in their right mind would want to become a police officer in Killa' City?

^^^^ Thankfully, there are people a lot braver and more dedicated than you. THAT is why they deserve respect.

What Police? Barely ever see them around anymore.

If we had enough police we wouldn't be living in these third world like conditions.

The Leavenworth police chief sounds like a chickenshit cunthole that won’t stick up for his officers.

Five children between ages 12 and 16 are charged with MURDER in shooting death of Nashville musician during robbery-gone-wrong in front of his house.


Man that is sick.

kcpd is the most worthless organization in the country

I think the kcpd cops are good. It’s the Jackson County prosecutor Jean Petersucker Baker who is worthless as teats on a boar.