Credit to The Turner Report for highlighting the news quote in the headline . . .

True capitalism destroys everything that stands against efficient markets.

Conservatives who tout automation against the fight for higher wages must also confront equally ruthless profit motives which encourage downsizing, outsourcing and the virtual disappearance of every border so that NOTHING stands in the way of the exchange of goods & services.

Meanwhile, there's not a lot of money in waving the flag. Except for people selling flags -- Mostly manufactured in China in order to secure a better profit margin.

To be fair and with a nod to #TBT, there's a probably an appropriate balance here inasmuch as Prez Trump has swagger-jacked most of his style from Gordon Gekko and his old school "greed is good" speech that was much shorter and sweeter than the meandering State Of The Union this week . . .

The opposite side of the coin comes from Kansas City's highest ranking elected official. Checkit:

Rep. Cleaver: For the one millionth time- Illegal immigration is not a security crisis

The Congressman also notes that illegal border crossings are down 80% since 2001.

But more important than the stat game is an existential question that pits nationalistic border protections against the profit motive at the heart of capitalism.

There is no crisis at the border as far as biz both big and small garnering cheaper labor is concerned.

Lower prices for food, lawn work, maid service, day labor of all sorts along with BILLION of taxes paid into the system don't offer proof of a crisis.

And then there's the sordid debate about crime. Here's the traditional fact based reference that most immigration hardliners ignore with horrific personal stories intended to distract from the numbers:

CityLab: "A review of available research (a study of studies, if you will) does not support the claim that migrants are more likely to engage in criminal behavior than native-born Americans. In fact, researchers have often observed the opposite relationship."

THIS IS TKC, SO LET'S GET REAL . . . CAPITALISM DOESN'T REALLY CARE HOW MANY PEOPLE HAVE TO DIE IN ORDER TO SUSTAIN A PROFITABLE SYSTEM!!! 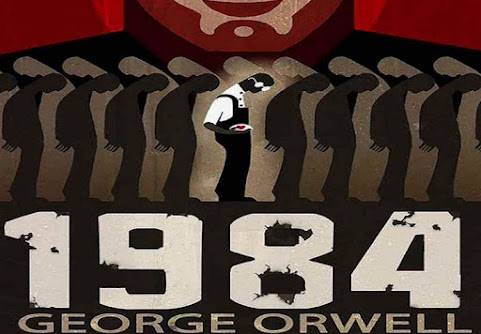 Don't believe TKC??? Then notice that there wasn't any real change or even a stock drop when it was revealed that Chinese iPhone workers were killing themselves partly because of horrific labor conditions.

And so, if there is currently a crisis at the border, the situation has served to spark overall American economic gains touted by Prez Trump.

The reality is the immigration policy confronts just as much opposition from Republican big biz powered special interests as Democratic Party advocates of human rights. For those not keeping score: Corporations are people and they control American politics along with just about everything else.

The only thing certain is that a few miles of border wall, fence or tech is unlikely to change the status quo as entertaining partisan slap-fighting also serves to support business as usual.

Nice rant. Is there a tip cup around here I can throw a few quarters into!


Cleaver is saying that he would rather people break our laws and commit crimes so he can get the votes. He has never gone to apply for work and been turned town by someone who can't speak English but if they can swing a hammer that's all that matters.

FUCK YOU FILTHY DEMOCRATS. And especially you black ones.

Cleaver knows nothing about a crisis. Even when he could not make payments on his failed carwash he slithered out of his responsibly. Cleave is only spewing what his puppet master is pumping into him.

Cleaver's was running this city into the ground before barnes came in and saved the day. I'm no fan of her, but she kept us from becoming baltimore or st louis. Cleaver's been wrong about everything so it's no surprise he's wrong again.

The rant against capitalism is just silly though.

^^^^ If capitalism was working out so great for you, you wouldn't be on a blog during the work day.

Sorry Cleave, Obama told us there was a border problem in 2009. You're an embarrassment.

If "Corporations are People", why aren't they taxed at the same rates?

There is no border problem, there are only tacos and tacos are delicious.

but I want to pick teams and play for the winning side! It can't all be a distraction, that means I'm really screwed!

No crisis at the border. No border wall. Mexico must pay for Trump's wall. End of story. Now he can go get some more executive time. Laziest president we've ever had. When's the hamberder party!!!!!!!

This is why people don't vote. They're both controlled by their donors in most elections. Trump is more independent and look where that is getting us.

2000 illegals attempting to bust through our border every day. Add up the numbers.

Reverend Mayor, please sit down and shut up! Your ignorance is showing!

@10:09AM and yet illegal immigration is at it's lowest point since 1971? Weird huh? No crisis, shit-for-brains

Open boarders is treason, no logical argument can support it.

^^Except and this is key here retard, no one is actually for open borders. That's a shocker huh? No one. You can be against this idiotic wall idea AND be fore border security. Mind blown huh? The more you know. Learn to think critically dunce. Maybe get off Faux News and quit listening to the pain-pill popping Lush Windbag once in a while. It will do you good!

If you're a democrat, you're a traitor!

For the one millionth time Cleaver, as a politician you suck!

Cleaver knows as much about border security as he does about running a car wash.

11:18 You are sadly mistaken. Maybe Cleavage isn't strictly for open boarders, but NY congresswomen Occasional Cortex and her Social Democrats are.

11:18 You are sadly mistaken. While Clevage may not be strictly for open boarders new Congresswomen Occasional Cortex and the Social Democrats are.

You people slamming Cleaver over his car wash are all overlooking the fact that the Traitor Russian Puppet in the White House has declared bankruptcy SEVEN TIMES, including failing at running Casinos, where people come and ask you to take their money!

So by your own logic, every nasty thing you say about Cleaver automatically applies SEVEN TIMES OVER to Trump!

@12:07PM-Sounds like you have a bad case of AOC=Derangement Syndrome. Call your proctologist buddy, cause your butt-hurt! LOL!

Cleaver as always is very ill informed/has no clue about anything.
Per the Washington Examiner 2/7/2019
U.S. Border Patrol agents said Thursday that they apprehended several illegal immigrants at the southern border in Texas, in places where there are no physical barrier walls to deter illegal crossings.

Among those caught crossing into the U.S. were a Mexican man with a previous conviction in Georgia for child molestation, a Honduran man with a record in North Carolina showing a conviction for "Indecent Liberties with Child," and another Honduran male with a Florida record that identified him as a member of the violent MS-13 gang.

The apprehensions occurred in the Rio Grande Valley sector of the southern border on Monday and Tuesday, according to a release by the Border Patrol.

In January, agents said that areas that feature a 25-foot barrier of concrete and steel have proven critical in blocking illegal border crossers, forcing them to attempt their crossings in specific areas where they can be apprehended. They've asked for more of the same kind of border wall to fill in the long gaps that current exist.

Clever- You are setting up a 2020 win for Trump. Stay away from the cameras.

@1:46PM(stupid dave) Please stop writing. You can't do it and you're boring. Thanks.

@1:46 you have posted exactly the same wording at least four times in the past two weeks, with only the date changing.

A thorough search of the Washington Examiner website cannot find this article, so tell us.

Is the Washington Examiner continuously running the same story over and over, or are you a damned liar?

^^its stupid dave and he is a dammed liar as well as a moron. Ha ha ha! He got busted out again!

12:41: I expect that is a lie. Identify even a single time that Trump has filed for either a Chapter 7 or Chapter 13 bankruptcy. Or do you not understand the difference between individual and entity bankruptcies?

^^you do it. It's out there. Research it yourself you lazy bastard. I already know he did it.

Trump is a horribly shitty businessman. And that description doesn't even take into account the education he was given and the money he came from. Factor that into the equation and he's the largest dumpster fire of a businessman this country has ever seen.

I defy you to name someone worse than him with the same socio-economic background!

And Sly came along and the car is headed back towards Detroit,probably worse!

You Super Dave haters are very wrong and as always SD is right. This is straight off the Border patrol website you assclowns. I'll even show the link for you fucking retards who are too stupid to spell Border Patrol.

Later that night, agents from Rio Grande City working near Roma, Texas, arrested a Honduran male. Record checks indicated an arrest and conviction in North Carolina for Indecent Liberties with Child. The presiding judge sentenced him to 16-20 months along with 6 months’ probation.

Tuesday morning, Harlingen agents working near Progreso, Texas, arrested 16 illegal aliens after making their illegal entry into the United States. Record checks for a Honduran male revealed he is a member of the MS-13 gang with criminal history that includes Aggravated Assault with a deadly weapon and Kidnapping-False Imprisonment in the state of Florida. The man received a sentence of 19 months confinement.

The Border Patrol is processing the subjects accordingly.

Opps, I didn't read that right, I was just reading the haters comments. So it appears Super Dave didn't say it but it is correct information no matter who posted it. So no matter how one looks at it you haters are wrong again.

Except, Trump and his family still have profitable bidnesses, y'all. Carwash has his church collection plate, huh?

It’s what happens when you elect colored mayors and other city officers. They run the city like they run their own personal finances (loan defaults, foreclosures, bad checks, overspending, etc).

“...and be fore border security,” writes the poster who calls another person a retard and a dunce.

Is this your new diapers and Matlock line? Proctologist. Butt hurt. Oh geez, that’s hysterical. Next.

I’m willing to bet he’s worth more than you.

2:16, I had this awesome dream where you just shut the fuck up for once and it was amazing. Felt like I as in OZ