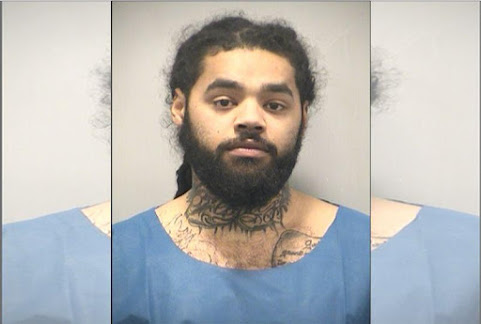 A horrific mistake cost a very hard working lady her life this week according to authorities.

DEADLY CRIME SPREADS QUICKLY AND THAT'S ONE MORE REASON WHY THE KANSAS CITY HOMICIDE CRISIS REMAINS ONE OF THE MOST IMPORTANT ISSUES CONFRONTING THIS COWTOWN!!!

Fewer murders last year is good progress but overall violent crime continues to surge as KCMO still ranks as on of the deadliest cities in the nation.

KMBC: Police believe woman killed on I-70 was mistakenly targeted

Police believe the 71-year-old woman shot and killed off of I-70 in Kansas City was mistakenly targeted. The suspect likely confused her vehicle for someone else’s.

Now, a 25-year-old man is behind bars, charged in connection with her death.
Advertisement

Police say Barbra Harper was driving home from an overnight shift at the U.S. Postal Service distribution center near downtown.

Her car looked similar to a different vehicle involved in a separate shooting just moments before.

lady works all night. driving home and then runs in a killer.

Whoever would argue this woman didn't have a right to a gun and a fighting chance for her life is absolutely wrong and negligent. Maybe a gun wouldn't have saved her but it at least would have given her a fighting chance.


Agree, when are people going to realize they need multiple weapons with them at all times. I have mine and I dare these thugs to come after me. I'll shoot to kill !

5) Each and every African-American Public Figure apologize to Kansas City's residents publicly for condoning this sort of shit again and again!

^^^Pew pew pew! I'm a rootin' tootin' straight shootin feller! Pew pew pew! Come and take my gunz and I'll give you what for!!! Pew pew pew. I have a little dick and no friends.

So, in KCMO we've deteriorated to the point that it's OK to kill someone as long as it's the person you "targeted"?
Unbelievable!

The sad part is he was already on the police radar and they didn't do anything to get this guy off the street quick enough!

^^^^^The lack of putting these people in jail and keeping them there is driving the violence in KC. How do you keep getting put on probation and getting suspended execution of sentences when you are a dirt bag that is not doing anything worthy like have a job.

Ok so he was “on the radar”. Do you have any idea of how many ghetto goblins are “on the radar”? These assholes breed like rats and then let the streets raise their little crotchfuits into murderous animals. Mayor Sly ballyhoos about gun control when the real answer is birth control and personal responsibility. However that runs contrary to the dictum of the liberal Democratic Socialist Party machine that props him up.

Ah, the noble savage. Surely colonization is to blame for the poor choices of this noble Wakandan!

This guy needs to executed and much worse

Every colored person in the city needs to be offered $1,000 to be sterilized. They would jump at the fast money and it would reduce crime and save a fortune over coming decades.

Years ago as I was growing up many of the guys and gals I knew had on occasion thoughts of doing bad things to others mainly for revenge but there was always that huge fear of getting caught and going to prison that would take over in ones mind and cause them to let common sense dictate to behave themself. But I am not talking about murder here just petty stuff. Noooooo we didn't ever think of murder because back then you could be sentenced to death and die yourself. So why kill someone if you yourself are going to end up dead or stuck in a tiny cell for life.

Now days these punks have no fear of jail around here. As you can see from most of their records they seldom have to serve anytime for doing wrong. Plus they get to stay out on the streets committing more crime while waiting to be sentenced to probation again to go along with the other two or three probations that they are probably on.

We need more jails and harsh and I mean very harsh sentencing guidelines along with the three strikes and you're out and removed from society law. This way the thugs can kill each other in jail if they want and not get innocent members of the public in the middle of their ignorant feuds.

Stupor Dave, when you were younger the only thing kids had to fear was being pilloried.

One thing that might have saved her is and adequate prosecutor instead of a worthless prosecutor like Jean Petersucker Baker. In October 2015 this guy was sentenced to 4 years in prison for unlawful use of weapon and other charges. He received a Suspended Execution of Sentence. He should have been in prison, not out killing innocent hard working people.

So we should get rid of Jean Petersucker Baker?

For the hard-cracker-resentment racists who clog this comment section: notice the light complexion of the assailalant. A quadroon or even an octaroon for sure. Could probably even pass were it not for thug tatz and hair.

I’m beginning to wonder if it is the inter mixture with low class southern whites is what makes so much of our African American population criminals. I’ve noticed immigrants from Africa in modern times (I.e. not those who immigrated via the slave trade that was the idea of freaknik global capitalism from 1700s-1861) are just fine - Nigerian jail guards, Kenyan computer programmers, teachers from Ghana, etc.

So don’t be a racist jerk guys - we have only our own slavery-loving ancestors and global capitalism to blame for the fact that there are 50 million blacks in this country today. Wait til there are 100 million blacks in 60 to 80 years!! ;) Hahahahaha aren’t we a pathetic empire?! Let’s blame Putin!!

Jean Petersucker Baker and chickenshit Jackson County judges Kevin Duane Harrell and S Margene Burnett should answer why this guy was not in prison.

I think Kevin Harrell is a colored judge. Why do they let colored people be a judge, considering most of the criminals are colored?

And ALL JACO judges! They are the real issue.

I would like to know if this guy is an illegal immigrant.