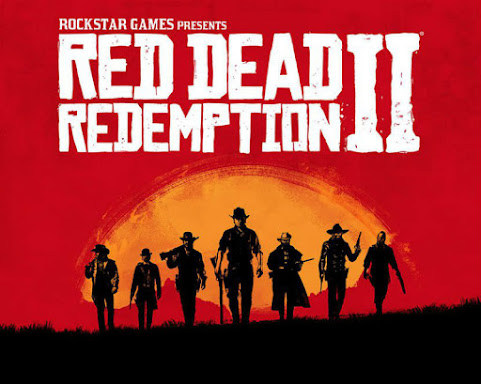 A special treat from one of the very best denizens our blog community with more info at the end . . .

THANKS TO SUPER DAVE FOR THIS EPIC INTRO GAMER REVIEW!!!

About a month ago in a brief conversation with Tony I shared with him my plans for my Christmas gift this year too myself and in doing so he asked me if I would do a review pertaining to a part of it and I agreed. As many people I really got into gaming by using my personal computer. My experience in action games was limited to the Grand Theft Auto series and some Call of Duty. I was more into the simulator type stuff such as automobile racing and the Microsoft flight simulator series. But I decided after about a two-year hiatus of game play I wanted to get into something different when it comes to gaming so after a fair amount of researching I decided on a gaming console where I would be able to play online more if I wanted or with friends here at my house in the great room over trying to crowd around the desk in my office.

So I went with the PlayStation 4, appropriate chairs, the Logitech G29 force driving wheel and of course had to get a decent wheel stand for the G 29. So now I was all set to enter the world of gaming using a game console. I must admit I do like PS4 better than playing on a PC and the dual shock controls I think are some of the best I have ever used.

The main part of this story is to do a review as requested by Tony on Red Dead Redemption 2 developed by Rockstar games.

This game is hands down the best game I've ever played. The level of detail is amazing. If you like westerns and highly detailed gameplay this is a must have. Anyone expecting a Grand Theft Auto or action type game this won't be for you. Rockstar has really outdone it this time around. There is so much to see and do in this world I couldn't help, but get sidetracked by the side activities along with exploring the world.

It is played from either a third or first-person perspective and the player controls an outlaw by the name of Arthur Morgan. Through chapter 1 & 2 you will learn all the mechanics and everything from fishing to poker playing will be opened up to you. The game to some might feel slow and drag sometimes with long horse rides, but I don't see that as a bad thing! You'll come across so many unique encounters as you ride. Whether its strangers, enemy camps, or things much more nefarious, I've enjoyed it all. But that makes the game feel even more realistic to me. To give you an example of how much detail the game has the weapons in the game rust if you don't maintain them. You can grow Arthur’s beard, hair, get dirty or keep him clean cut, it’s all up to you. On top of that don't forget to refill your health and stamina by eating or sleeping just as in real life. You also can buy horses and name them and groom them etc. Hunting is another level compared to GTA V, you can hunt any animal you see, skin it and put it on your horse to sell or cook etc. There are bar brawls, bounty hunting, dominoes, barbershop visits...oh and did I mention Arthur can even gain weight. The detail put into every aspect of this game is insane. Not for the short attention span types looking to jump on and off the game after about 15 minutes of play. The game is bigger (which isn’t always better, but in this case it is).

I only have one negative about this game and it’s not really an extreme negative just forewarning if you think you’re going to jump right on and start playing as I did. The game has two discs because of all the detail content it has so you’ll need over an hour to download all disc data to your console before playing, but in the end it’s very much worth the wait. I rate this game a solid 5 out of 5 stars.
####################

Good way to waste your life away. I'll have to try it.

Can pretty much the same experience is Dave on this game agree with his take really amazing what they can do nowadays. Thanks for the heads up maybe a nice break from the work week.

Boring review. Reads as if a retard wrote it. Oh yea...he did.

WTF is this mess of shit? Stop commenting stupid Dave. Your retarded syntax gives you away every time.

Agree. Tony is trolling us with this. Everybody is in on the joke except Dave which makes it hilarious!!!!

You've allowed someone else to design the construct in which you reside.

Both attempt to separate you from your money.

Both learn your habits, attempt to manipulate your behavior, and preoccupy your time.

"This game is hands down the best game I've ever played. The level of detail is amazing."

More bread and circus for the hoi polloi.

^^^^ Possibly true but you can't be so serious all the time.

A hell of a lot better than being a "Reenactor" -
this way you don't have to leave Mommy's basement to play Cowboy!

Nice work Dave. Really fun read. I might check it out.