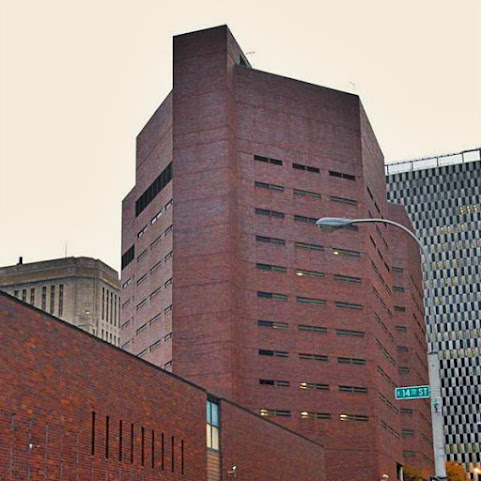 A human rights and security crisis in Downtown Kansas City has been answered today but a task force and consultants.

The Jail Task Force, formed by the County Executive, consisted of community, law enforcement, judicial and elected leaders. Following a competitive bid process, Jackson County selected a team of consultants, led by Shive-Hattery and HDR, to assist and provide an independent report.

Working alongside, but independently of each other, both groups recommended system-wide changes to the County’s Criminal Justice System, including but not limited to, the formation of a Criminal Justice Coordinating Council, improving pretrial risk assessments to reduce unnecessary incarceration and a new detention facility for a more effective and efficient system that offers both safety and justice in equal measures.

Based on their research of the County’s criminal justice system, experts identified the following key findings, which can be found in the consultant’s report:

* The jail population is 88% percent male and 58% black, which is substantially higher than the national average of 36% (page 7)

* Approximately 83% of detainees are pretrial, exceeding the national pretrial population average of 65% (page 10)

* Case processing delays increased by 41% between FY2010 and FY2016, a meaningful factor in unnecessary use of the jail (page 14)

Experts analyzed those findings and identified multiple opportunities to reduce unnecessary incarceration, which include the following recommendations:

* Commit to a data-driven whole system improvement, including the formation of a Criminal Justice Coordinating Council (page 26)

“Both reports make it very clear that if no changes are made to our criminal justice system, Jackson County will continue to contend with deeply rooted issues, such as increasing incarceration rates, a disproportionate number of black men in jail and rising operational costs,” White said. “Solving these problems will never be easy, but we must put our differences aside and work together to build a better, balanced system.”

If the County’s criminal justice system continues operating at its status quo, up to 1,800 jail beds will be needed by 2040. However, capacity needs could be significantly reduced to approximately 1,300 jail beds if system reforms are implemented and the partnership with the Kansas City Police Department to hold municipal detainees is terminated.

“I commend the County Executive, who has been steadfast and justified in his reasons for wanting to look deeper into the root causes of long-standing issues at the jail,” said Jackson County Sheriff Darryl Forté. “The information in these reports will be helpful during the administrative transition, which is a process and not an event. I look forward to further review of the recommendations with jail director Diana Turner. Decisions must be made, but we will work with elected officials to move forward openly, honestly and collaboratively in the best interest of Jackson County.”

“My focus has always been, and will continue to be, ensuring safety and security at the jail,” Turner said. “We have made great strides under the leadership of the County Executive and I am confident that we will build on that progress with Sheriff Forté.”

The Jail Task Force and the consultant team agree that a new jail is needed in order to provide appropriate capacity and resources to better serve the safety and security needs of detainees, staff and the public.

Three new facility options were explored, ranging in cost from $230,000,000 to $270,000,000. Each option would require fewer staff, saving millions of dollars in staffing and operational costs. A new facility would also eliminate the need to relocate detainees during a renovation, be more energy efficient and be in compliance with American Correctional Association standards.

“I commend the Jackson County Legislature for taking the necessary action that will provide sufficient funding toward a new facility,” White said. “It’s a critical need and we are taking the appropriate steps to address it.”

White is deeply grateful to the Jail Task Force and the consultant team for the extensive time and effort required to complete this critical task our community deserves. The full reports are attached.
###

The new jail is a must. Out of Downtown. I don't agree with jackson county about much but moving the jail out of downtown is the best idea they've had in years. Let's get it done.

New jail, maybe. letting people out early is dangerous. Don't forget that last year a man who was released went back and killed a witness in his case. Hope they examine this policy closer before making a final decision.

The jackson county gray train begins. Nothing like a new construction project to bring friends together.

Maybe if the Jackson county prosecutor didn't take years to take those charged with a crime to trial there wouldn't be so many sitting in jail waiting for a trial. Turning them loose on the streets to never show back up for court or to commit more crimes isn't the answer either. Larger jail has been pointed out on this blog for years and didn't take wasting money on a study to figure that no brainer solution out. If the population is more blacks than any other race I would guess that means more black people are committing crime in Kansas City. I don't see that as a racial or ethnic issue, that's just the cold hard truth of the matter.

LOL build a new jail and turn the current building into some vibrant and exciting $1 billion taxpayer subsidized hotel or something.

But a downtown jail makes some sense for getting defendants who aren’t bailed to their court appearances ...@ 5:13. Not challenging you but that probably is at least one reason.

The decision to have a high-rise style jail looks bad now but at the time (late 70s? Early 80s? How old is the jail btw?) I am sure it was hailed as the trendy planning and urban design thing to do. But nowadays it’s very obvious that more floors means more jail guard and staff costs.

Slie gets his way by getting the jail out of downtown.

Put the new jail in the caves with 1 way in and 1 way out.

Blacks commit 90% of the crime and murders, petersucker is as worthless as they come, Ive been saying since she took over she’s taking way too long to prosecute. She’s too stupid to do the things that need to be done like, protect the health, safety and welfare of the citizens, fuck her and everybody else in charge of Jackson county

So more than a year wasted to reach the same conclusion that the County Legislators reached in 2017. That is some great leadership right there Frank White.

Only 58% of inmates are black? It should be 88%. Thanks for reminding us how weak our police department is and how worthless Jean Petersucker Baker is.

"White recommended that the Jackson County Legislature reverse the voluntary reductions of the property tax rate."

Very interesting, really like the comment @5:43. We knew this stuff a year ago. What the report really shows us is that Frank White hasn't made much progress in the last year.

Another case of deferred maintenance in KCMO to the point of crumbling?


Oh come on how could that be!

Bail bond for first-time, nonviolent offenses should be waived in favor of public service. Second-time offenders for gun crimes should be fast-tracked for trial and executed immediately. NOBODY gets falsely accused twice for shit like that. The way to empty the jail is to free those who are harmless and euthanize those who are not.

Uh, could that be because he’s a retired pro athlete that would do well to cut ribbons at biz openings? Only JaCoMo voters are dense enough to vote someone like White into office. You reap what you sow.

I don’t think there’s anything wrong with the jail says......

This is scam that Frankie boy learned from sLIE, increase taxes to build something that there’s no real need for. Shift those tax dollars into his and others pockets, let’s see how long it takes for Frankie boy to get out of debt when they start building this thing, this and sLIE wants it out of his downtown.

7:44 If sLIE can scam enough to buy a million dollar condominium then frank thinks he can too so........

5:13 is right. Get the county jail out of downtown. Also, have the rapes been put under control there yet?

Nick Haines show "This Week In Kansas City" broached the subject that KCPD disciplined 17 people in Child protective group and that now JAXCO Sheriff Daryl Forte may have been part of the problem with the division in failure to provide oversight. Interesting to see if anyone else picks up on that.

The jail downtown is in the perfect place, keeps those scum out of the neighborhoods and away from innocent men, women and children

^^^ Put the jail back in Independence, MO where it belongs. Those scumbags won't notice.

you're such a snowflake.

This article suggests that generally reducing the incarcerated population will tend to reduce the black proportion of incarcerated persons. Exactly the opposite is the case. See references 1 to 3 below. One can be confident, however, both that the preparers of the report did not know this and that the Criminal Justice Coordinating Council will not know it either.