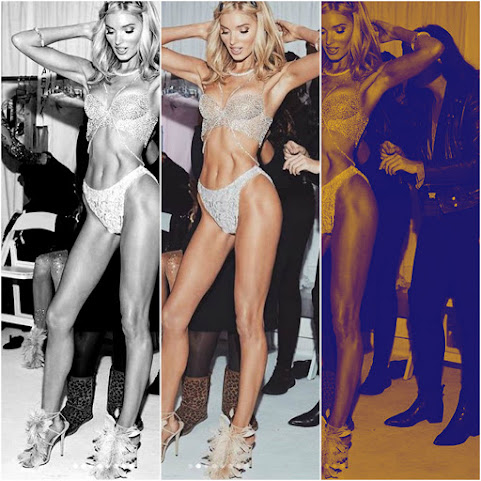 A quick peek at the bigger, newsworthy cultural questions before we really get started . . .

Daily Mail: Elsa Hosk leaves NOTHING to the imagination

Guardian UK: How Instagram takes a toll on influencers' brains

Closer to home, these news links are also worth a look:


Meet The New Missouri Lawmakers From Kansas City And Beyond

All over Kansas City, its suburbs and outlying areas, new Missouri lawmakers will be taking their seats this week in Jefferson City. Who are the people representing you? Read on. Rep. Ashley Bland Manlove Party: Republican Age: 56 Resides: St. Joseph Job: Retired; former CEO of the United Way of Greater St.


Kansas state treasurer running for US Senate seat in 2020

TOPEKA, KS (AP) -- Kansas State Treasurer Jake LaTurner is running for the U.S. Senate in 2020. LaTurner declared his candidacy Tuesday for the Republican nomination, less than a week after four-term GOP Sen. Pat Roberts announced that he will not run for re-election.

OVERLAND PARK, KS (KCTV) -- Prescription drug prices are on the rise. Since the start of the new year, dozens of companies have raised prices on hundreds of prescriptions with the average increase amounting to about 6 percent. Among the best-known drugs getting more expensive are the opioid OxyContin, with a 9.5-percent jump, and the blood thinner Pradaxa, up 8-percent.

When the Colts come to town, they'll have a huge Chiefs fan on their roster. Evan Boehm, a former star at Lee's Summit West and Mizzou, is now playing for the Colts. Now wearing No. 67 for Indianapolis, Boehm will be playing against the team he grew up rooting for.


There's always that one house on the block...this one is decked out for Chiefs Kingdom

This south Kansas City family is taking the hype to a new level.

On Friday - before we knew which team the Kansas City Chiefs would be playing on Saturday - I wrote that there is no reason to fear the NFL postseason. Along similar lines, we also shared with you an excellent FanPost by JHodes saying that the 2018 postseason should mark a new beginning for the Chiefs franchise.


High temperatures stay in the low 40s through Friday

Your writing skills and creativity have really advanced.

^^^^^^^^^^ you dumb mother fucker. This is a news blog, not Shakespeare. Go read The Atlantic if you want to see people fart above their waist about old news so that they can get a CNN invite.

Piss off before we slap you even harder.

After the "Hosk" was peeled and the silk threads removed, I was ready to butter her up and start nibbling!!!

Of course you can always follow the Trumpcare plan for reducing your prescription costs - DIE!

Oh my, looks like "Greedo" forgot to take his STFU pill this morning.