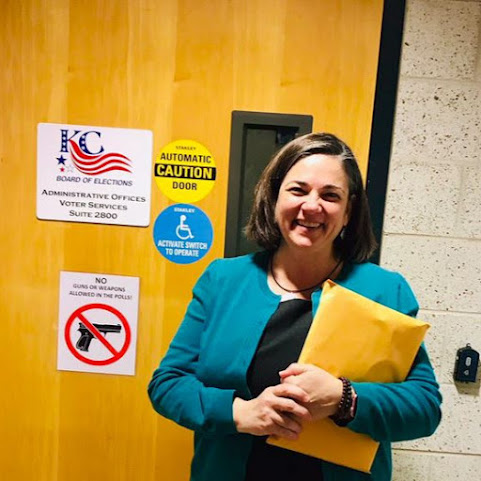 Not that it really matters BUT this headline is misleading and pretty much a hint that the newspaper already has their favorite picked out:

She had a good fundraising session and ended up at $249,992.62 on hand which is more than Councilman Scott Taylor has after burning through a bunch of cash BUT biz lawyer Stephen Miller still has more money than her at $252,280.99 and a lot more enthusiasm about a candidate who doesn't have a horrible record on the airport.

Sadly, the story isn't so much "journalism" as it is promotion.

Such a waste, they should be spending all their money and time on the soon to be mayor Clay Chastain, hel’ll win, you’ll see

The red star just sealed Jolie’s fate, they only pick losers so Jolie should just get out again and go away. She’s worthless anyway.

On a serious note..if they didn't support the the 1st gay female mayor candidate then they would be sexist homophobic and misogynistic.. Wouldn't they be??

Isn’t it about time for an honest and competent mayor? Jolie is neither.

Yes, and it’s about time we had an honest and competent newspaper. The Star is neither.

The Star ? So she's a libtard pinko.

She is really fat. Not as fat as Canady, but still Jolie is very fat.

As for Jolie. She'll be lucky to finish 4th.

What experience does she really have? Has she ever done anything even remotely worthwhile when it comes to KC? I'd like to see her lists of local accomplishments besides TALKING about issues. What did she actually do? That would be good to know. But so far NOBODy mentions anything like that.

I am sure Jolie does not eat pussy. It would have been know by now.

Ask Clay if he would have given the jazz district another $10 million. If his answer is no, he is undoubtedly the best candidate in the race.

Absolutely anybody but Jolie Justus!

Jolie's only accomplishment is screwing up the new airport deal.

Of course the Star will pimp for Jolie. She's a lesbian leftist who can be counted on to mouth a few platitudes about the importance of a free press and use public money to keep the Star in business. So what's not to like?

corrupt pos what are your donors gonna want next?