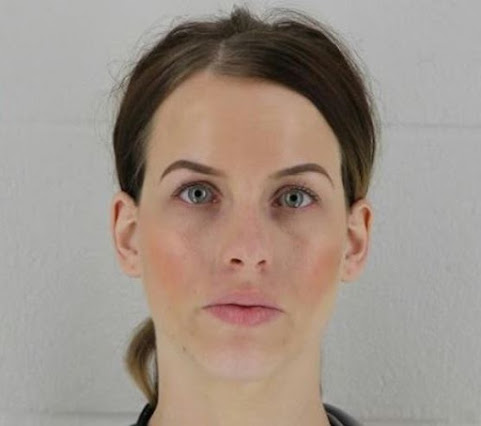 A horrific glimpse at real life in JoCo and the sordid deets of a horrific case somewhat resolved today.

"A Johnson County jury convicted a woman Friday of aggravated battery for beating a child at an unlawful daycare . . . Four-months-old at the time, suffered severe brain injuries that left him blind, according to court testimony . . . Prosecutors are asking for an enhanced sentence because Hatfield was a child careprovider, that's being debated on Friday night. Sentencing will be determined at a later date."

Hang the bitch and let people beat her like a piñata.

Hottie? Where? Is she standing behind the plain-looking broad?

She has readily proven that her life is of no value to civilization. She should forfeit her life for this. I'll volunteer for the difficult position of executioner. Extinguishing hers will make our most vulnerable safer. How fucking evil do you have to be to do that?

You notice how violent blacks are and it’s only the Africa. Americans. My analogy would lead me to believe they learned violence from the whites who where violent towards them.

These whores always have those crazy brows.

You’ve obviously never seen National Geographic videos of them having chimpouts in Africa.

Hope that baby gets ahold of her with an army of avenging angels someday.

Aggravated Battery? Is that less than attempted murder? There is a place for an eye for an eye.

Her Mother was prosecuted for the same thing in Battle Creek a few years ago. Perhaps her Mom took the fall for her daughter in that case? It was almost identical in every detail.