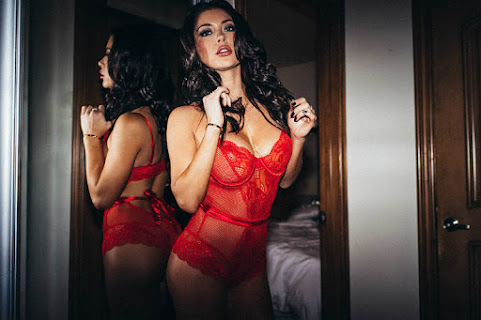 To begin this ULTIMATE KANSAS CITY RED FRIDAY we're inspire by hottie Arianny and just a few news items from the national scene . . .

BizInsider: Instagram has completely replaced TV as the most important way for advertisers to reach young people

Closer to home, here's a quick list of news worth watching right now . . .


Lincoln Prep to get new football field and track

KANSAS CITY, Mo. - Students at Lincoln Prep High School will soon get a new football field and full track. The KCPS Board of Education approved field renovations Wednesday night, which allows Lincoln Prep to have a competition field and host football and soccer games as well as track events at the school.

KANSAS CITY, MO (KCTV) - KCTV5 is your Home of the Chiefs and we've introduced you to the artist who painted a massive "Pat" painting. Now, we're introducing you to two sisters who sent up a good luck prayer at the spot known as the "Shrine of Mahomes."

Hide Transcript Show Transcript WEBVTT WHETHER THERE IS, TOMORROW AND SATURDAY. HALEY: THE WEATHER FORECAST IS HAVING AN IMPACT ON TICKET PRICES FOR THIS WEEKEND'S CHASE PLAYOFF GAME. -- CHIEFS PLAYOFF GAME. WILLIAM: MOST OF THE DIEHARD FANS ARE NOT GOING TO BE WORRIED ABOUT WHETHER.

KANSAS CITY, MO (KCTV) -- KCTV5 is investigating how often we vaccinate our pets. One local woman says she believes over-vaccination led to her dog's death. Vaccination has been proven to save animals lives, and experts say it has helped to eliminate many diseases in the United States.

Another Kind Of Kansas City Drama

Kansas City Actors Theatre has completed casting for its production of Ariel Dorfman's Death and the Maiden, which will run from January 9th to the 27th at the City Stage in Union Station. The production will be directed by Cinnamon Schultz and will star Vanessa Severo, Robert Gibby Brand, and Rusty Sneary.


6 Must-Do Things To Do In Kansas City This Weekend

Call it fierce fascination, powerful preoccupation or utter obsession, but we do what we must to absorb ourselves. To that engaging end, this weekend's go-and-do roundup offers assorted activities for people whose passions have a way of winning out. More power to them. But what if you're not really into any of what's shared below?


Chiefs fans bar none? More like geeks bar none. How dumb, and to think these people aren't embarrassed.

^^Yet here you are on a blog for dying geriatrics at 8:18AM on a Friday. Yea, I'd take them over you any day. You couldn't be a more pathetic loser!

Nobody listens to the cleave anyway, the sniping began along time ago, shows you how out of the loop the cleave is

The city is likely to guarantee the loan for the Strata development. This just proves the council is collectively insane.

I think you mean the TAXPAYERS OF KC will likely guarantee the loan. All city funds are extracted from the folks.