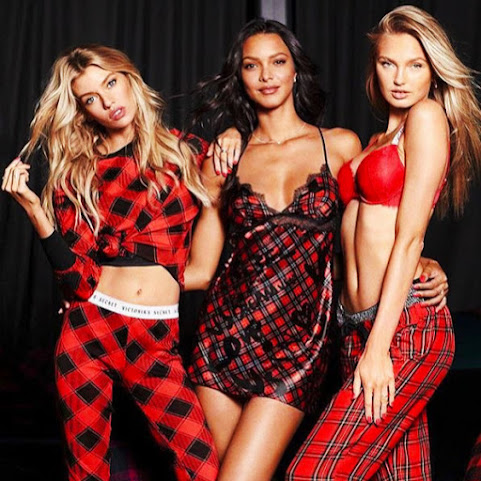 As always, the panty game keeps us inspired to check up the news at all hours of the day and night . . .

Atlantic: The Best Skin-Care Trick Is Being Rich

Seeking Alpha: L Brands Is A Bargain At Current Levels

Closer to home, here are the local Friday night links for those who are already done with pants for the next 48 hours.

Cinnabon plans a February opening on the Country Club Plaza in the former Decori space,112 W. 47th St., where work has already started. The Plaza and Cinnabon did not confirm.

KANSAS CITY, Mo. - National economists predict 2019 will be a big win for the hemp industry as the 2018 farm bill included language legalizing the crop across the country. Here at home, farmers from both Kansas and Missouri will start planting the crop this year and this also means big business for the shops selling hemp too.

KANSAS CITY, MO - The Kansas City Royals Alumni Association donated a total of $23,345 during the holiday season this year. The donations included two bicycles and an adaptive swing at the Wyandotte Fields of Dreams Inclusive Playground. Other programs that received donations from the Alumni Association included: Beauty of Ashes Ministry; Eric Berry Foundation; St.

Hide Transcript Show Transcript WEBVTT CODY: GREAT NEWS. THE KANSAS CITY CHIEFS WIN THE WEST AND THEY'RE THE NUMBER ONE SEED IN THE AFC, AFTER BEATING UP ON THE OAKLAND RAIDERS IN 35 TO 3 WIN SUNDA THE CHIEFS NOW HAVE A FIRST ROUND BYE IN THE PLAYOFFS AND HOME FIELD ADVANTAGE SO, THE ROAD TO THE SUPER BOWL COULD GO THROUGH ARROWHEAD.

The Ukrainian art of decorating eggs began centuries ago in the heart of Eastern Europe. Once considered a protection against evil, these days, in Kansas City, Kansas, at least, the colorful eggs are a sign of springtime renewal.

What happens when you combine one of the top brewers and the premier local dairy provider in Kansas City? Martin City Brewing Company has partnered with Shatto Milk Company to create Brooo, a limited release Chocolate Milk Stout made with 100 percent raw, kosher, organic cacao.

We'll see plenty of sunshine and temperatures near 60 degrees for your Saturday. Sunday's high will be 56.

Women with a "checkered" history like to put my mast behind them!!!