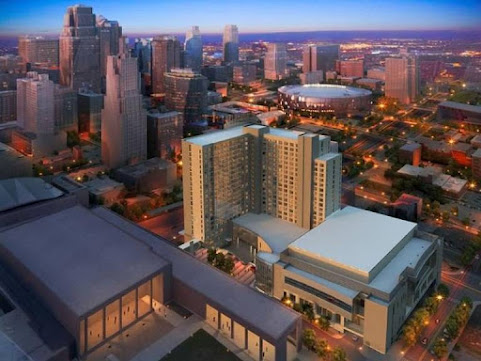 Quick evening post featuring all the worthwhile news items for today. Here are the highlights . . .

There is no doubt the Kansas City Chiefs would have much rather been in Atlanta preparing for Super Bowl LIII, but instead, five Chiefs- Eric Fisher, Dee Ford, Tyreek Hill, Patrick Mahomes and Anthony Sherman-played in the Pro Bowl on Sunday.

KANSAS CITY, Mo. (AP) - Some Missouri lawmakers are pushing legislation that could end a long-running economic border war between their state and Kansas that has prompted both states to spend millions of dollars in the last decade to lure businesses in the Kansas City metropolitan region across the state line.


One dead after vehicle goes off road, lands in standing water

KANSAS CITY, MO. (KCTV) --- One person has died following a crash in the area of NE 72nd Street and N. Brighton Avenue. Police say an individual was driving a red Ford F250 and was traveling south on north Brighton. A witness told police the driver was over both of the yellow center lines.

A man died while sleeping in an early morning house fire that had no working smoke detectors.


Valentine's Views: The Kansas City Plan sounds like a winner

The Kansas City Plan. As in what the Kansas City Chiefs did at quarterback. With Alex Smith still capable the Chiefs traded up to draft Patrick Mahomes in 2017. They let Mahomes sit for a year and learn behind Smith, then moved on to the young rocket-armed quarterback in 2018.

Truck off Brighton another driving death while playing with phone. Happens at least once a month in KC.

The mess on North Brighton was supposed to have been fixed decades ago, but the urgent need for night basketball games and free t-shirts in the inner city meant that the funds had to be diverted.

Man kills his mother and elder abuse will be a charge? What's wrong with plain old murder?

Poor Conley.... Dreams of gridiron glory flushed down the crapper. No chance of NFL Hall of Fame now. Got to find a job in the library reshelving books.

The Pro Bowl should be played by the teams that actually should have been in the Super Bowl; that way we actually get to watch the real winners play each other.