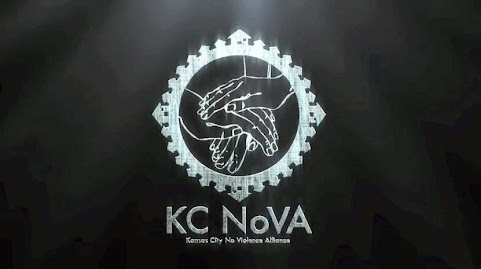 This is never our most popular section but it's important to document some of the main local misdeeds reported by local media in much the same way that KC NOVA and similar local anti-violence groups continue their mission against violence with sometimes encouraging but often challenging results . . .

OVERLAND PARK, Kan. (AP) - A small pharmacy based in Overland Park will pay $9.5 million to settle a federal health care fraud lawsuit. The Kansas City Star reports $1.5 million of that will go to Emily Barnes, of Lenexa, who filed a whistleblower lawsuit against Stark Pharmacy in 2015.

KANSAS CITY, MO (KCTV) -- A 36-year-old Kansas City woman was sentenced in federal court Wednesday for her role in leading a large methamphetamine conspiracy. Yadieras Y. Contreras, also known as "Fajita," was sentenced to 13 years and nine months in federal prison without parole.

How bout no results, they can’t prove they’ve prevented anything, matter of fact, they’re guilty of stealing from the taxpayers, I think it’s time for an audit.

^^can you prove they haven't? Didn't think so. Go away.

Murders and potential murders are notorious for not attending these types of meetings.

Still need to know from someone fluent in Spanish,
doesn't "NOVA" mean "It doesn't Work"?

And the men are timid, the women demure

^^ great place to raise a family

That would b why a audit is important . Mr/Ms. Don't think .