Kansas City Back To The Shut Down Grind 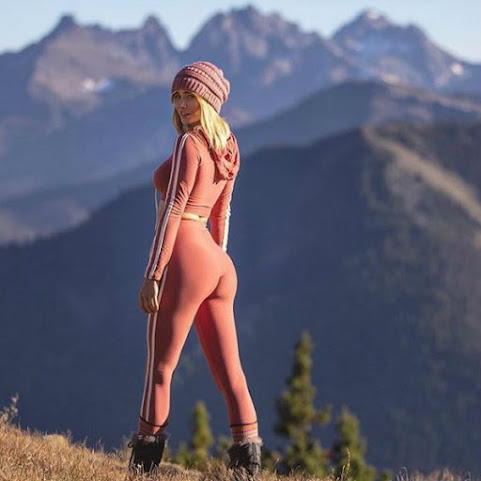 Hottie Sara is probably one of the greatest Instagram models of all time and right now she inspires this quick peek at pop culture news.

Inq: ‘Playboy’ Playmate Sara Underwood Flaunts Her Derriere As She Rings In The New Year

Atlantic: What happens when live-streams become the new fireside chat

Closer to home, here are the news links worth a look:

KANSAS CITY (KCTV) - A Kansas City coffee favorite is out with a new product that could bring a whole new meaning to the term "coffee pot." A Facebook post by The Roasterie Monday morning announced the company's first extension of its Canned Cold Brew line, CBD Cold Brew.

Kansas City International Airport made a ranking of top medium-sized airports by on-time performance. KCI ranked No. 15 on the annual list compiled by the Punctuality League. The rankings are pulled from 58 million flight records from airlines and airports worldwide.

BLUE SPRINGS, MO (KCTV) - Police are currently looking for a dog and its owner after a child was attacked. Cora, 6, was attacked at a dog park in Blue Springs on Saturday afternoon. The girl's mother says she is doing well recovering but the dog did do significant damage.


Portion of 71 Highway to close to replace lights

KANSAS CITY, Mo. - On Monday morning, light repairs will continue along 71 Highway that could impact traffic. Beginning at 9 a.m., the Missouri Department of Transportation will close one southbound lane between 75th and 87th streets. Capital Electric crews will be replacing overhead lights along the highway.


Royals to give out Bo Jackson bobblehead at 2019 FanFest

KANSAS CITY, MO (KCTV) -- Royals fans are getting a nice perk for coming to Fan Fest and just in time for National Bobblehead Day. On Friday, Jan. 25, Royals fans can get a Bo Jackson bobblehead with a donation to Royals Charities. The bobblehead feature Jackson breaking a battle over his head.

The airport replacement committee probably needs to be made aware the old KCI is functioning fine. The city needs to do maintenance on it as opposed to their path of planned obsolescence.

It’s funny that the airport is doing so good, it’s because this is flyover country and there’s no reason to be late! Building a new airport isn’t magically going to improve anything. sLIE and Jolie lied.


Why would you name your kid Bo?