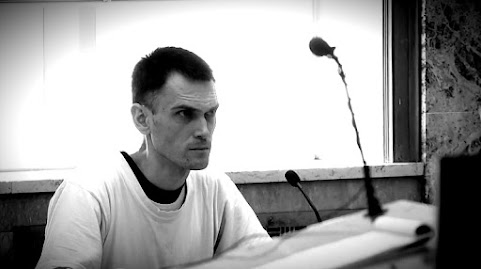 He slipped through the cracks in Johnson County and his entire family suffered through a horrific nightmare until authorities finally rescued the youngsters.

Just after 1 a.m. Thursday, a Johnson County jury found Rey guilty on all seven charges. The verdict came after three days of testimony and more than 8 hours of deliberation on the jury’s part.

Just looking at his pic gives me the creeps, but his story is going to make a good true crime book.

Going to make one hell of an interesting cell mate.

^^^There's a fine example why inductive reasoning is not used by rational people to reach a conclusion.

^^Hey dummy, you must be new to this blog then. Nobody, uses any sort of reasoning on here whatsoever. It's a haven for morons like you.

^^Because he is white and can't sue them based on race and the media being racist towards him.

^^why don't you have anything better to do? Why don't people like you? Why are you so lonely?

1:46 would be the guy in prison who had to put his hand in another mans pocket on the yard, but the funny thing is......he would enjoy it.

@2:16 is the punk in prison. Passed around the yard for cigarettes.

Except he’s originally from Cali, the liberal loonies paradise. They were just passing through Koonsas City when his wife died.