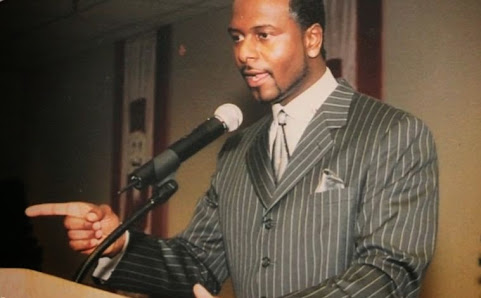 Like many throughout the community, Alonzo Washington is frustrated with the rising level of violence around the metro and he believes the community vigils aren't the solution to the problem.

This weekend local media focused on a longstanding tradition of an anti-crime group and their latest memorial marking a year of increased violence.

KSHB: Community members gather to pray for peace in 2019

KCTV5: Locals gather to remember those killed in 2018

KCUR: Metro Kansas City Closes Out Another Violent Year, With More Than 200 Homicides

Mr. Washington has always regarded these vigils with skepticism but his response to this latest media blitz points out the contrast between his strategy vs. the methods of other local leaders.

Alonzo Washington says: "I don’t do no motherf*cking balloon vigils, crosses or KC media interviews. I get tips on killers and if do a post on the murder you committed my tips my might send you to the slammer!"

Accordingly, his no-holds-barred methods have made him one of the most successful and influential online denizens in the fight against crime.

- The KC Crime Fighter FB has maxed out at more than 5k friends and tens of thousands of followers.

- Posts from the activist regularly garner dozens if not hundreds of shares, comments and likes.

ALONZO WASHINGTON HAS A BIGGER SOCIAL MEDIA PROFILE THAN ANTI-CRIME GROUP IN THE KANSAS CITY METRO AND THE TIPS HE HAS GARNERED NOT ONLY INFLUENCE LOCAL JOURNALISTS BUT ALSO AUTHORITIES INVESTIGATING  CRIMES!!!

Accordingly, the a comparison is important . . .

While other anti-crime groups work to create awareness and often engage in election campaigns. Mr. Washington shuns political correctness and instead uses his reach to call out criminals and garner tips from the community in order to LEAD BY EXAMPLE in speaking out against violent offenders.

His style is brash and bold but year after year there's no doubting his continued effectiveness in not only working against crime but also inspiring his community of followers to stand up against violence on their own terms.

And all of this is why Mr. Washington is Kansas City's most effective activist in 2018.