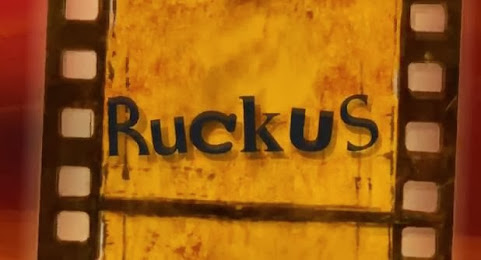 Once again we check the GOLD STANDARD of Kansas City discourse for hot takes and talking points on the cowtown political scene from a somewhat lovable cast of local characters.

"Mike Shanin talks to Kansas Representative-Elect Rui Xu about his top priorities and his expectations as he prepares to take office. Arthur Benson, Theresa Garza, Crosby Kemper III and Dave Trabert discuss the first challenges Governor-Elect Laura Kelly faces when she takes office, the supporters and opponents of a pre-K tax in KCMO and Claire McCaskill's parting shots in her farewell speech."

Take a look and tell MO Rage not to call this program racist (yet again) given Theresa Garza shares a proud heritage with a group of people who may or may not be deported if Prez Trump gets his border wall . . .

Thank you Mike for another great year of asking the tough questions and helping to improve the local political scene as best as you can. This show is a rare bright spot for KC that and a great alternative from the falling star.

They're going to deport TG?

Where can I donate?

Actually, she was pretty good on this show. Good on Crosby for his willingness to talk turkey about Kelly.

Dave Trabert and the Kansas Policy Institute are far right trolls in the mold of Brownback and Kkkobach.

Show Me The Corruption said...

A good show but they always lean too much on Kansas and their politics. I think there is just as much political fighting going on in Missouri that at least needs to be mentioned.

It would take hours and hours to document all the graft at city hall. This show does a good job with what resources they have available. If you're watching it, you're better informed because of it.

Any place that elects someone named Rui Xu deserves exactly the government they get.

^^^^^ that's not a very productive attitude. Obviously didn't work if the guy won. Rather than debate issues, stooping low to play name games. No wonder Kobach, Yoder and so many Republicans lost. This is also why Trump will soon be impeached. #timesup

Progressives, who are, in general Fags, love to use the word "Impeach" so much, I wonder if they shove peaches up their ass in lieu of Gerbils when they come up short on cash.

In Israel, an Ethno State where no Jews are EVAR called Racist, they are waiting open arms, for 74% of the Jews in France, who are sick of the Immigration policies of idiot fucks who run Europe in there eternal quest for short term cash and votes, at the expense of long term security and the preservation of national identity, customs and the Judeo - Christian ethos.

The WALL works in Israel and Jews know it. Immigration is curtailed and controlled so that the citizens of Israel don't have an endless number, day to day of Kate Steinle type victims that are the quid pro quo for the culturally irredentist imperialistic policies of our currect elites both Republican and Democrat.

"Gas Lighting" works on the weak minded, lemming like Liberal fools that would sell their children's future down the drain for short term emotional acceptance from other lemmings with illogical emotional commitments to feel good ideologies promoted by semi-retarded talking heads in the Main Stream Media. But, who cares, you won't be alive to see your children suffer, so fuck it.

Chuck, tell me again how the wall works in Israel. The Palestinians have the most sophisticated tunneling network ever seen. Has the wall been able to stem the flow of Hezbollah rockets into the Gaza strip? Walls are a stupid waste of resources and money. They don't prevent anything. You would know this if you weren't such a xenophobic shitbird. Grow up child!

8:18 I doubt you can read, you dumb fuck, so watch this interview, with the Jewish Mayor of Shiloh Israel on a border where illegal immigration was an ongoing and dangerous problem, SOLVED by a wall.

In addition, you brain dead, 10 watt between the ears fuck, walls MITIGATE the problem. Nothing is perfect and the solution is multifaceted, but the wall is an important aspect of the solution.

I thought the facts about the Kansas economy and the pending disaster under the sweet granny guv to be enlightening. I understand it, why don't others? When you have a pot of money, and Kansas does right now, and you give 75% to funding education, the measured outcome does not improve, so it is a waste of money.
Medicare expansion (or even Medicare for All), You have only 25 % of your pot of money left after education. Feds pay 90% of increased costs until 2021 or 2023, depending on who states it, then 100% falls on taxpayers. ALL other states that expanded medicare are in financial distress and raising taxes like crazy. I don't want to pay for that sooner or later, do you? OK then you're an idiot.
Laura Kelly is worse than Brownback on his worst day. Told you that during the election and you didn't listen.

Chuck-a little moderation might be in order. You're starting to sound like Dan Aykroyd addressing Jane Curtin on SNL replays.

7:13: So you tried it and it didn't work for you? Maybe Santa will leave you a gerbil this year.

9:08 Moderation? If Oprah can say she can't wait for white people to die off, than I can call an ignorant slut and ignorant slut.

This is a war to the death and bloody constraint is in the offing.

Assaults on the 1st amendment (Except for here on TKC.), the 2nd amendment, the 4th amendment, the 8th amendment (Song long Paul Manafort.) the right to attorney client privilege and the corruption, the granlular, corruption of the Federal Government and the participation of the Deep State in conjunction with the 4th estate is the greatest threat to our democracy in our nation's history.

This, while the lemmings and fools scream incessantly to the heavens about the "RUSSIAN COLLUSION"!!!!!!!!!

The Overton Window moves at light speed and our society, our norms, our civilization is at a tipping point. Reagan said, that freedom was never more than one generation away from extinction. He was right.

The only place most folks (Not me, I don't give a fuck.) can actually tell the truth, is here on TKC.

There is no more cancerous, necrotic force in the free world today, than the cadre of agenda driven “Objective” “Journalists” in the legacy media that continually suppress relative context, obfuscate important facts, emphasize and create lies ex nihilo and gaslight those with only a cursory interest in the truth.

America’s media today, is a replica of 1950’s – Soviet style Pravda and anyone who thinks they are finding the “Truth” on ABC, NBC, CBS, The New York Times, The LA TIMES, the Chicago Tribune, The Kansas City Star et al, should do us all a favor, cleanse the gene pool and suffocate themselves between the varicose veined legs of Joy Bewhore.

So let the insults fly, at least I am not calling for the death of all blacks, or, stifling the conversation and shadowbanning what I don't agree with.

^^Jesus Christ, this chuck dude is a fucking retard!!! You post too damn much. Go stand on the street corner and spout this crap. Fucking lunatic. Why aren't you at work? Fucking taker.

Arthur Benson is a fraud who got rich off the Kansas City School District. And a BILLION dollars later, Arthur, what are we left with?

Chuck-you can all anyone anything you want to, but it's at the risk of making yourself look stupid.

Let's go straight to the panel.

Attorney Arthur Benson who personally profited while serving as a principal force in the destruction of the Kansas City School District.

Dave Trabert, President of the Kansas Policy Institute, a very smart guy who's been an excellent recent addition to this panel.

Crosby Kemper 3, one of the Ruckus Top 4 panelists of all time, enough said.

Listen to the panel responses to the first topic and it's evident that Trabert/Kemper are head and shoulders above Benson/Garza on the pyramid of Reason.