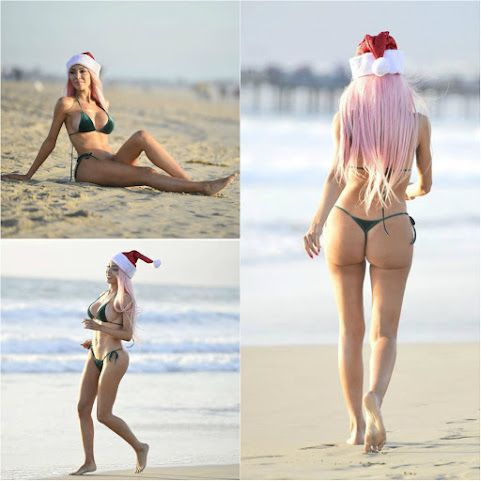 After the holiday the news scene is pretty rough but here's a look at the tumultuous life of a celebrity single-mom confronting real life trouble that has piqued interest around the nation this week:

Saw1st: Farrah Abraham for Bikini Photoshoot on the Beach in Santa Monica

Closer to home, here are the news links to start our day . . .

KANSAS CITY, MO (KCTV)-- Wednesday is the busiest post-holiday travel day and storms moving into the middle of the country could have an impact on some flights. From strong winds, to heavy rain, and even snow. Those who have flights know that things can change their flight status in a heartbeat.

JOPLIN, Mo. (AP) A group associated with Route 66 is hoping to attract younger people to the Mother Road through an online campaign. The Route 66 Road Ahead Partnership's eight-week effort spans platforms such as YouTube, Facebook and Instagram, The Joplin Globe reported.

Kansas City Royals Prospect Surprises Parents for Xmas I'm Paying Off Your Entire Debt!!! Grab your tissues ... this tear-jerker's brought to you by Kansas City Royals prospect Brady Singer who surprised his parents with a VERY expensive gift that'll earn him an award for Son of the Year.

In the last year, three boys high school basketball coaching stalwarts in and around Kansas City, Missouri - Willie Bowie, Bud Lathrop and William Madison - have died. As holiday tournaments get underway, the coaches' longevity and success are sure to be remembered, all while the next legends establish themselves.

KANSAS CITY - Suzanne Gladney does not put up stockings or decorate a Christmas tree. In fact, she doesn't celebrate Christmas. But this Kansas City woman has a Christmas tradition she has been doing for decades.

Life's just a nonstop day at the beach when your a nice piece of trim.

a new single terminal airport is what happens when clowns go to work and/or get to work immediately.

Damn it, now every JOCO asshole who has a kid in select sports is going to be thinking all their debts are going to be paid off when their kid goes pro like Brady.