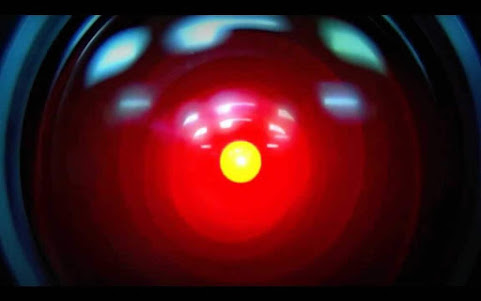 At the end of another violent year in KCMO the top cop touts partnership with consumer tech as a solution growing crime.

ARE YOU WILLING TO GIVE KCPD ACCESS TO YOUR HOME SECURITY SYSTEM?!?!

As security cameras become cheaper, higher quality and more accessible, we are seeing tremendous benefits from them in both preventing and solving crime. They’ve been in the news a lot lately for their role in capturing package thieves, but they can help us solve everything from a burglary to a murder.

The partnerships we’ve formed with the community and a security camera provider have further enhanced the effectiveness of these cameras. If you have not yet registered for WatchKC, I encourage you to do so. WatchKC is a program in which residents and businesses can let us know that they have cameras. We then put those on a map that only certain detectives can see. The detectives can ask those camera owners if they caught any footage related to crime that has happened in the area. It’s a lot faster than walking door-to-door, so detectives can use their time more effectively . . .

AD: To the Rescue! Why Drones in Police Work Are the Future of Crime Fighting

Governing: A Case for the Surveillance State

If you're not breaking the law, you have nothing to worry about!

Yeah make a cable channel out of it.

I WANT MY NTV

If the city wants to use data from homeowner's security systems the city needs to reimburse the cost of the system.

Better use of the money than funneling it to developers.

Evidently the shot spotter tech is not the solution the city thought it would be.

Not a bad idea, but the houses where most of the bad stuff takes place in KCMO, especially the homicides, aren't likely to have security systems.
Or, in many cases, want to share videos of what goes on in the neighborhoods with the police.
And, without cooperation from the "community" and its occupants, all the techie toys, fake nonprofits, academic researchers, out-of-town programs, or tens of millions of tax dollars are going to do much to curb the violence and crime.
All just circling around the edges of the issue until the real problem is defined.

Cameras are preventing and solving crimes.... BS, show me some evidence.

Will the police confiscate your equipment as evidence of a crime if you happen to capture video? I suspect that the prosecutor would demand that.

Use of camera's is funny when you see the porch pirates on TV. But I always thought that THEFT OF AN INTERSTATE SHIPMENT was a federal crime. Why isn't the FBI getting involved and busting these ass wipes? Sending a few to the federal dog pound might make an impact on the thinking that "Oh lookie more free stuff for me".

Dumb idea.
Just get out from behind your desk and use shoe leather policing.
What are we paying you for?

I believe it's worth some consideration. What if there were a program whereas a product such as Ring were made available, free of charge to people who would allow access to their devices to police should they be asked to do so. Especially incentivize folks who live in higher crime areas. Offering certain small businesses the same deal could help also. People give a lot of credit, some of it fair and some if it not, to Giuliani for solving NYC's horrific crime rate back in the day. That's part of it but the NYPD is run like a military operation and there are cameras literally everywhere when you are in Manhattan. Having a strong police presence is great but the officers need to know where to go and whom to investigate. Having cameras heavily saturated in problem areas would go a long way in solving many crimes, especially violence and thefts.


Some Central Hyde Parker's already have this. That area has gone down bad, it's getting right in there with the east side of Troost.

The really concerning thing is not really about giving access to Police of private cameras... the issue is that once you do; and there is compelling evidence on video, they almost do nothing with it. I had a man rob me - on video at QT - and the video footage couldn’t read the license plate. The guy used a credit card to pay for his transaction at the pump but instead of really going after this guy, they decided to criminalize me instead. The media hypes up cooperating with police until the police try to make you out to be the bad guy. It’s a hope cause.