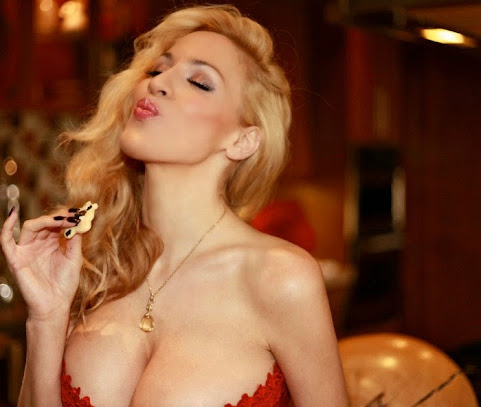 Hottie Jordan and one more serving of Christmas news . . .

T3: The best workout for absolute beginners: burn that post-Christmas fat and get fit quick

Closer to home, here are the news links we're check:

KANSAS CITY, Mo. - The Salvation Army continued an over 30-year tradition on Christmas by hosting a special holiday lunch to help out people in need. The event was held at the Linwood Center and attracted hundreds of people. In total, over 1,300 meals were given out.

A Kansas City parade of dozens of people dressed in dinosaur costumes was shut down by police. The Kansas City Star reports that Jacob Honnold says police will send him a ticket for his role in organizing the second annual March of the Dinosaurs Sunday at the Country Club Plaza.

A routine traffic stop turned into an impromptu Christmas shopping spree, thanks to a couple of central Iowa sheriff's deputies looking to spread a little holiday cheer. Jasper County Sheriff's Reserve Deputy Rod Eilander wrote in a Facebook post that he and Reserve Deputy Nathan Popenhagen pulled a woman over for not having license plates on her truck.

KANSAS CITY, Mo. - Morning Star Missionary Baptist Church has always tried to give back. "For the past 14 years, we have made a special effort to reach out to people and we are reaching out to people whom we feel that are hurting," said Pastor John Modest Miles.

KANSAS CITY, MO (KCTV) - Inside the Royal Liquors near Interstate - 435 and State Line Road it's full of holiday ... spirits. "Everyone is in good spirits and happy and it's not bad being at work," says General Manager Allan Hagedorn.


Upon Further Review: Eight Quick Facts About the Chiefs' Loss to Seattle on Sunday Night

The Kansas City Chiefs lost a tight one on Sunday night, falling to the Seattle Seahawks by a score of 38-31. The Chiefs still control their own destiny, however, as a win next week against the Oakland Raiders would lock up a third-straight AFC West title and the No.

Man, I always stock up on extra whiskey and dope on any holiday. You never know who is open on holidays and it would be bad to run out. By the way, those weren’t Jackson County deputies taking that woman to buy presents for her kids. It was Jasper County Iowa

Where is the 67 yr old geezer mayor tonight?


But yet the salvation army refused to work with Malania Trump to help people! What kind of organization would do that????? Kinda like Sly pouring bleach on food for the homeless.

^^because she is a skanky Russian whore.

The first lady is Slovakian and speaks five languages.