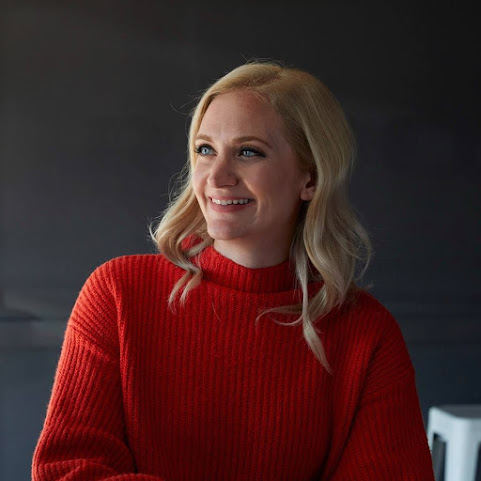 A blue wave local lady politico advocates for change in biz as usual in Missouri. Checkit:

Show-Me Progressive Argument: If Democratic Sen. Lauren Arthur Gets Her Way, Missouri Will Be Able To Vote Early

Missouri saw its highest turnout for the November midterm election in 20 years, and is one of only 12 in the U.S. that doesn’t have a form of no-excuse absentee voting.

Kansas City Democratic Sen. Lauren Arthur is looking to change that in the next legislative session. Her measure is one of several bills that were prefiled ahead of the 2019 legislative session to deal with the state’s election and initiative petition processes.

Is she as crazy as she looks!

Yup, either "Early Voting" or "Weekend Voting".
Something is definitely needed if we want to remain a Democracy.

Hopefully the Amendment One changes will do something to make the State Legislature more representative as well.

It sure seems to have scared off some of the most opportunistic trash, like Kevin Corlew.

Wrong. This move to make voting easier and more convenient started with Motor Voter bills that registered people to vote automatically when they renewed their drivers' licence. Have candidates improved since then? What about governance, do you think it is better? No.
Most people that vote absentee are not honoring the law which nobody reads and requires people to not be the area on the day of the election.
People that are informed should be encouraged to vote. Everybody else should stay home.
This attempt at turning out the low information crowd is just the logical progression of this idiocy. Remember MTV's Rock the Vote campaign?
Soon they will be calling for internet voting, so that everybody can just use their smartphone to vote themselves goodies from the government. Free tuition, free meals, free healthcare, free gym membership, guaranteed income EVERYTHING FREE! Just vote for it, and it is FREE!

Just vote for it we will tell you later exactly what you approved.

"Something is definitely needed if we want to remain a Democracy." America has never been and is not now and never will be a democracy.

People who don't want to vote on election day just lie and get an absentee ballot.

Democrats want early voting because they know many of their members will be too lazy to vote on election day.

Let me paraphrase all the above comments: Early voters don't vote the way we want them to vote, so fuck early voting.

^^^^^ Damn right! At some point the massive "voter fraud" brought about by the GOP's "Project Redmap" is going to be exposed, and the resulting fury will send them back to howling in the wilderness as bad as the 1929 and 1987 Depressions did!

And yes, I know Reagan's 1987 fiasco is called a "recession", but that's just "Gresham's Law Of Euphemisms" as work, with weak words driving out strong ones!

^^^You are a libtard troll, ignorant of history.
FDR's socialist policies made a the Depression last over a decade.

^^^^ The fact remains that is was Republican Economic policies that brought on both those "Crashes", as well as the 2008 "Recession" that it too all eight years of the Obama Administration to rectify!

What George H. W. Bush called "Voodoo Economics" has proven itself not to work, yet it remains the core of Republican't policy to this day.

Now rage and rant, then go back to worshiping at the feet of your idol, like the rest of the losers in "The Cult Of The Donald"!

She looks like a straight narrow minded republican with the obligatory bad hair style. I'm surprised she's branding herself as a lib.

^^^ Started on dial up in the 80's asshole. Where you get your tech knowledge. Best Buy?

Now the senate can trade on her. Reps got tired of her “huh” arguments.

Corlew’s campaign was ran by the State Senate Repub committee and they were never on point and blamed Lauren for a murder in Clay. Good grief.

Why attack Corlew gratuitously? 7:34 is silly. Corlew spent a ton of time and effort on meaningful constituent issues such as that transportation committee and the failed gas tax. He wasn't a grandstander he was a serious adult and it's a loss that he lost his seat. Not challenging the Democrat who beat him, though - it is a split district. Tough break. Many GOP D-bags have "safe seats" where any repub wld win (same true for some solid Dem districts too)
-radish

I took advantage of early voting in Kansas mainly bc I live a lot closer to the WyCo election board than to my assigned polling place. So I'm a bit of a hypocrite in saying that I like the idea of an "election day" where everyone votes at the same time and it's like a quick shot of the public mind at that one time and it determines our elected officials. Plus it makes it tough on the candidates to have them spending money and time during the waning days of the campaign season when a large number of people have already cast ballots.
-radish

@12:45, Corlew is one of the six dirtbags who resigned their seats early so the mandatory waiting period imposed by Amendment One restrictions wouldn't keep them from jumping right into a very lucrative Lobbyist's job.

That sort of self-serving before fulfilling the promises he made to the voters to serve as their representative IS NOT the actions of the "honorable man" you describe, but of one deserving a "Gratuitous attack.

Count me in favor of early voting. Count me generally against Lauren Arthur, she like Sharice and AOC scare the crap out of me. What is this country coming to?

Scaring the crap out of you and your peers is a monumental undertaking, considering the volume. I suggest you get more fiber in your diet.