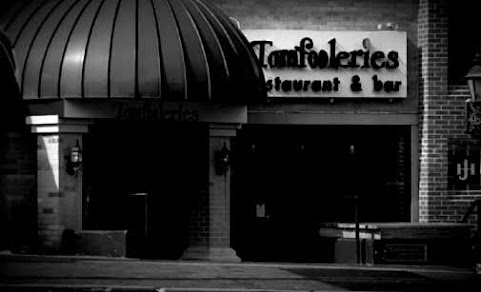 One of the oldest and most beloved shopping and entertainment districts in Kansas City suffers another setback.

A manager at the restaurant tells FOX4 their last day at the Plaza location will be Dec. 29. The popular restaurant will re-open around Feb. 1 at 10th and Broadway, in the space currently occupied by The Garmet House.

When Tomfooleries moves to its new location, the restaurant will re-brand under a different name.

Tomfooleries has been a Plaza staple since opening there in 1992. It’s unclear if a new restaurant will occupy the space at 612 W. 47th Street after Tomfooleries relocates.

THE TOMFOOLERIES SHUT DOWN COMES AFTER TURBULENT CUSTOMER DISPUTES AND A NEARBY SHOOTING OF AN INNOCENT GIRL THIS MONTH!!! 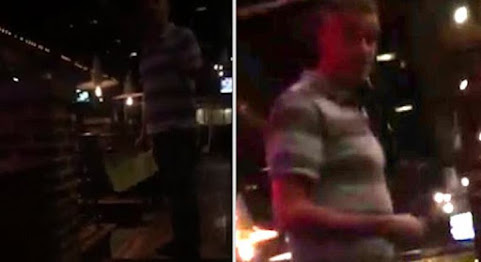 Here's a look at management having trouble dealing Plaza clientele in the Summer of 2018:

And then a couple of weeks ago, police are still looking for suspects in a shooting that took place on 47th & Jefferson on the street right outside of the the beleaguered Plaza bar & grill. 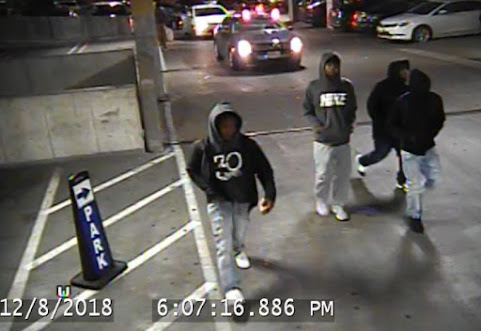 An innocent young lady suffered gunfire during the incident which was in plain view of the Tomfooleries bay windows.

And so, during this Christmas shopping season that is typically one of the busiest time of the year for Plaza merchants . . . Another biz decides to end their affiliation with this embattled party district.

Once the streetcar gets there, it'll make the Plaza one of the most vibrant places in the city!

Hey TKC, don't forget about the shooting over at shake shack just a couple of months ago.

Last one out, please turn out the lights.

Not too late for citizens to take back the plaza. Don’t count on any help from our worthless chickenshit police department.

So when the street car goes to the plaza that means those "teens" in the spring and early summer will be getting on the street car. You know what that means? Foul language being shouted in the cars. People getting robbed, etc etc. Its going to be horrible. They will ride it to river market and ruin the atmosphere down there.

I guess we can call this "momentum" but it's moving in the wrong direction. We want MORE businesses coming to KC, not fewer ones and just concentrated in downtown.

sLIE is trying to kill any business that interferes with his downtown, you cant have competition that takes away from his kingdom, his downtown is the only thing that matters because his ego and our billions spent on his master plan is failing.

Finally, that place fucking sucked and was straight out of 1989 from the dumbfuck name on down to the menu.

Maybe something can move into that spot that looks like it originated from this century.

They are not taking over nothing!

I agree with one of the comments here about tomfooleries having a limited appeal to current customers. The place was definitely old school really didn't have that much to offer in terms of attracting new customers and was a legacy of the old Plaza. I think they're doing the right thing by trying to Rebrand and moving to a different location and maybe somebody else can have better luck at that really good spot in great real estate. This isn't so much a bad move as it is just a realignment. Things change deal with it.

Are you heading up a geezer posse?

Put a Dollar General in there. The Plaza is done. Too bad we have such a shitty police department and mayor.

Really nice that downtown is taking away from the Plaza. This is like robbing Peter to pay Paul.

Agree with @10:49. Slie is trying to boost downtown and the entertainment district and to hell with any place else.

The silver lining to what Tony calls the "Coming Chinese Hegemony" is in Africa.

Unencumbered with "White Guilt", the Chinese are going to remove blacks from any position of power in any social, economic or military strata and completely subordinate and enslave black Africans once again. Right about the time that South Africa murders the last poor white farmer who exists, the Chinese will replace whites, only with an iron fist and the extreme prejudice that they are known so well for.

The owners on the Plaza, should sell out to the Chinese. In about 3 days you could re-brand, re-build and re-take the Plaza and make it, once again, the crown jewel in the city's tiara.

Progressives have killed this country and it is too late to take it back. Politically correct insanity and the 24/7 MSM assaults on common sense has taken it toll. Now, the etiolated middle class, lethargic, indolent and compliant by way of the constant assault on their values, history and people, say their prayers and wait for death, or, hurry sundown with Opioids, booze and deep dives into tiny silver screens that keep their eyes down and away from their accusers, where, they learn, to their chagrin, that they are even more guilty than they thought that day when they got out of bed.

We are dead, in black on white hate crimes that no one even talks about and dare not mention, because we were white.

Every store on the plaza can close as long as nobody blames it on the negroes.

Geezers from Frogville jizzing themselves over an out-of-date restaurant closing. A brand new one will open in 6 months. Meanwhile none of you geriatric bastards ever went there anyway!

7:28 Who the fuck asked you dickhead

I hear trump said something off camera that a reporter overheard that Kansas City was a shithole, he is 100% correct if he said it

^^yep, he also said it was full of ugly ass geezers who are dumb as shit too. True story!

Trump was laughing at our joke of a mayor, our city clowncil and our weak dick activists and protesters. I guess our protesters were too busy sucking dick and getting buttfucked to show up and it was too cold for the fat ugly lesbians.

^^Thanks pops. Now hurry up and shuffle off this mortal coil. You're all done here.

This is good maybe a artisan make your own donuts place can move in to this spot.

Word on the street is that KCMO's gays have a unique way of making donuts.

^^True. They use the yeast from your wife's pussy. Skanky ho.

Put in Rims shop! Be sure to carry hub caps with LED lights those are popular.

The crime and perception of crime is definitely hurting the plaza. I'd put money down that the Nordstroms doesn't actually open and it was just a way for them to get out of the area

Also, this is right by the church they want to tear down. Maybe they could save it because the new builders can just take over the tomfooleries place

I wonder how much taxpayer money sLIE gave these guys to move?

New building owner is kicking out everyone. Fake, sensationalist "reporting".