THE WITCH IS DEAD!!! CLAIRE McCASKILL DEFEATED BY JOSH HAWLEY!!! 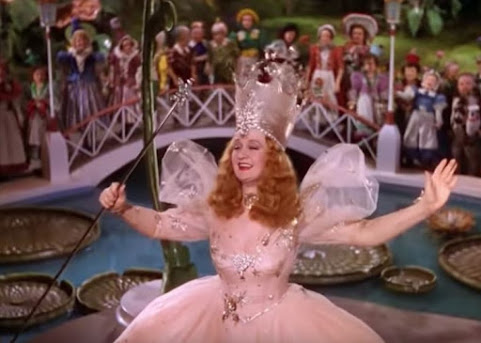 The GOP is now totally in control of Missouri as a longtime Democratic political leader has been ousted.

AS FAR AS HER POLITICAL CAREER GOES . . .

THE WITCH IS DEAD!!!

Some newsie outlets waited far too long to declare a winner and the right-wing sites called it too soon but it doesn't really matter. She's out.

There are a of theories about her loss that are already being tossed around . . . FACT IS:

She was an unlikable politico who threw so many people under the bus and really didn't represent anything but her ambition. 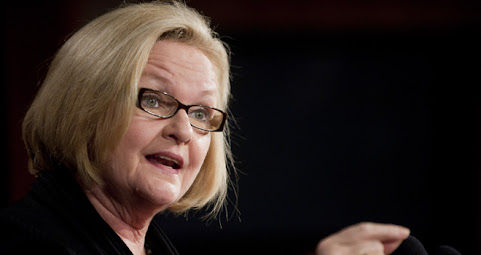 Check the links for confirmation . . .

SLATE: McCaskill Loses Big in a Senate Race Everyone Saw as a Squeaker

There's more election goodness to unpack but this is an appropriate place to leave it overnight . . .

We're on the lookout for the best comments . . .

Made me kind of giggle.

Don't feel too sorry for her. She'll just hop in her plane or jump on her broom and fly away to a luxury resort that you could never afford.

He does have that new RINO smell.

How fast does Hawlery flip flop and try to eliminate pre-existing condition coverage?

You're so stupid if he has a RINO smell then that would mean he's on your side dumb ass!

I have been saying for weeks this race will not be that close. 7 points. Some pollsters need to lose their jobs over this one.

Claire was her own worst enemy. She voted her own opinion and not that over the majority of her constituents . She really brought nothing back for Missouri. I voted for her but she list this race early.

Be careful what you wish for.

I heard he supports GOP impeachments...

Missouri CITIZENS Don't know how Lucky They are. No Matter what party you Support. There are some States. That are and will Have Many problems. Because of the People they have elected. And Many Businesses will move out of those states Some will look to Move to Missouri And create more Jobs and Careers FOR Citizens of Missouri. And Tony you do a great job of causing trouble .

Mo should be proud of itself. Hawley is a good guy and will serve the state better than Claire has.

The butt hurt is epic.

Conservatives are mad, even when they, uh, "win".

Hawlery. Yeah, so much winning.

At least we won't see him for 6 years as he flees Jeff City and returns to his Ivy League stomping grounds. The Swamp rules!

She was never a good Representative for our state. She needed to GO and hawley will make a much better member of the senate for Missouri.

When did Yoder move to Missouri and change his name to Hawley?

Thank goodness that Cleaver won again.
The Republic is saved.

Maybe he can share office space with JoCo’s kickboxing Pocahontas.

You said it, Dave.
#embarrassedandashamed

Great years ahead for Missouri!

Pander just lost his free ride to Washington unless he can con Hawley into giving him a free ride. Maybe Claire will loan Pander her broomstick.

Johnson County should be ashamed.

Be that as it may, Missouri has lost a great deal of influence in the Senate, since the "Junior Senator from Koch" has a poor record of paying attention to the job he's been elected to do. I think we can expect a year of "robo voting" accompanied by intense jockeying for a Cabinet Post, and it is obvious that Missouri has seen the last of Josh Hawley, he's back home in Washington now.

And Missouri's Veterans and the US Military in general have lost a strong advocate. I see that as unfortunate, given the hidden and disguised reductions in VA funding that have been put in place over the past year, plus the shift in Military Spending from actual Ground Combat forces to "flashier" big-ticket items such as Surface Warships (aka "targets") and unneeded Aircraft (but not unmanned vehicles) it will take years after this Administration for the US Military to restore its State of Readiness.

" it is obvious that Missouri has seen the last of Josh Hawley, he's back home in Washington now."

Every cloud has its silver lining.

Good point about Jason Pander's Johnny-Come-Lately support of McCaskill, @6:46am.
Another example of Pander's terrible judgment and his overweening ambition.
But now that his "PTSD" has been miraculously cured, maybe he should get back into the KCMO mayoral race.
Heck, if Davids could get elected to Congress in Johnson County, maybe Pander should have stayed in Kansas in the first place.
How about some boring competent governance instead of all this make-believe political "celebrity"?

yes, we need kanderr as mayor, whatever his shortcomings.

Look at the bright side now she'll be able to enjoy the millions in taxpayer subsidies her hubby raked in over the years.

Let's be honest, Claire got 6 more years than she should have.

Everyone knows she would have lost in 2012 if she hadn't pulled a few crafty tricks and got Todd Akins as her opponent.

It was an incredibly smart move last election, but tricks like that only work do long. Eventually you have to win a race straight-up, and in a red state that's just not going to happen as a Democrat.

Kansas is screwed. I can't wait for all the businesses to relocate to Missouri.

Watch the media run with the story that McAssKill's loss can be pinned on the urban black voters failing to turn out. In the last 2 weeks of the campaign, Team McAssKill knew they'd likely lose and started feeding their media friends the line about "urban" disappointment. Now who's racist exactly?


Poring over the election results mid-Tuesday night and recognizing the numbers weren't there for her, McCaskill watched a video highlight reel of Trump/Hawley rallies in the closing week and was forced to admit, "It was a legitimate tape."

Team McAssKill already putting out feelers for a position at MU-Columbia.

How long before The KC Falling Star endorses McAssKill for MO Governor in 2020? Maybe they can throw in Jason Pander as Lt. Governor too? Their campaign slogan will be: "McAssKill/Pander Crash and Burn in 2020"
"Depression and PTSD Is A Terrible Thing To Waste"

The liberals in shitty Louis was so desperate that they were sending everybody graded voting letters, I missed a vote one year and got a b grade according to them but they don’t know who I voted for but that it’s public record that I voted or I didn’t, just like the libs and dems to try and shame someone into voting, desperation at its lowest right there. I voted, but not for their people. Big win for Missouri and they be like crying and stuff in killa shitty and shitty Louis and will be for years to come!

A retard can spell better than you can.

kansans are so nice that they're naive and credulous.