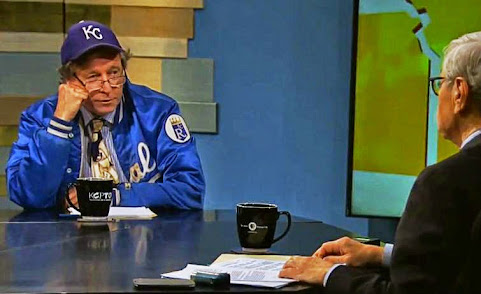 It's not much in order to provide hobos a clean & safe place to make BM and store thousands upon thousands of books that are also readily available to anybody with a smartphone.

IS THE KANSAS CITY TAX FIGHTER FORTUNATE SON NOW A TAX HYPOCRITE GIVEN THAT HIS LIBRARY FEEDS AT THE SAME TROUGH???

It's doubtful there will be any defense that would argue a book and hobo warehouse trumps job creation which other tax break beneficiaries claim they bolster. Like most Kansas City hypocrisies, the politically inconvenient fact will likely remain politely unmentioned by the mainstream.

Kansas City Public Library now will have the latest computers from 2016 that could also help create jobs for the homeless.


Well even though most of us BM at home we can now BM at the library. Will there be new restrooms?

Yeah, but you'd BM in the library's bathroom, not in the book aisles like the bums do.

Wouldn't need a new library tax if we didn't re-direct so much money away from libraries by giving away TIFs like crazy.

Kemper is not feeding at the same trough--he had to come to the public hat-in-hand because developers, streetcar contractors, and everyone else with an under-the-table contribution to our local council was stealing from the libraries and the schools and left the trough empty.

Had it not been for the TIF frenzy, he'd have had no need to ask for funds.

2:52, because it would have been hard to do the interview wearing a Chiefs helmet.

The KC Pub Library can save buckets of money by getting rid of all those useless and unread books. Just put a bunch of computers in a warehouse with several racks of old videos, and your good to go.

KCMOians love getting reamed there can be no other explanation.

Libraries are essential to a great community! The system has not asked for a levy increase for many years and they probably need it. Kemper runs a pretty tight ship financially and he will be a super person to guide needed improvements.

Library levy got 91% support, I think Kansas Citians like the Library even if Slie doesn’t!!

7:36, right on the money! Everybody else shut up until you've read something besides this blog (and no - the transcripts from Fox News doesn't count).