Boxing Fights For Survival In Kansas 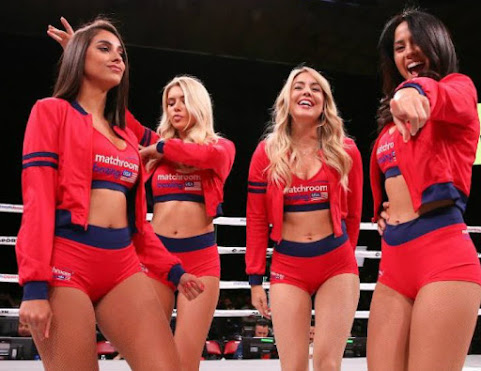 Boxing is the sweet science reminiscent of a nobler time in both American and world culture and recently we found a recent glimmer of hope for the sport in the heartland.

Have a look at a recent Kansas fight night with EPIC PROMOTIONAL PIX shared with boxing fans . . .

Sadly, blood sport MMA is now far more popular among the NEXTGEN who don't have much appreciation of skill or the stories of competitors but would rather just watch anonymous meatbags beat each other to a pulp in between overpriced beers and scarfing down chicken fat.

Thankfully, a glimpse of boxing glam reminds us that there's still hope for the future of a real fighting sport.

Kansas is one of the pussiest states we have so of course they do not support boxing or MMA.

But Kansas just elected a cage fighter to Congress so go figure @7:35

When the Flyweight Girls started tag-teaming me below the belt with sucker punches, I dropped my hands!!!

Those are some good pics of those hotties. Nice find.

I really miss the old KC Toughman matches they used to hold at Memorial Hall a million years ago.