American Antisemitism On The Rise?!?! 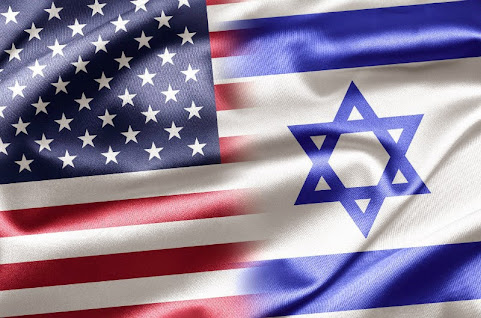 Bill Tammeus: Is this America's own brand of antisemitism?

We're in a disheartening period when the forces of hatred have been empowered not only to spew their lies but also to act on them -- whether they are selling antisemitism, racism, misogyny or some other putrid bigotry. I like to think that we Americans are better than that, and there are many examples to suggest we are. But, in fact, as long as there are people among us willing to hate openly I'm not sure we really can conclude that we're "better than that."

Expect there will be some stupid comments here but overall i think KC has spoken loud and clear. we do not accept antisemitism and to argue that it's making progress is wrong. it has ALWAYS been rejected by most decent people in KC.

We have the most pro Jewish president in recent history. Yet liberals hate Israel so much and really love the Palestinians, Hamas, and Hezbolla. They will never disavow Louis Farrakhan who said ‘Jews are termites’. They love the Nation of Islam.

Anti-semitism is down, has been going down for many years - same with racist beliefs, etc.

Difference is social media acts as an accelerant for these beliefs. In other words, the fringe racists have always been with us, nowadays they can find others more easily and create their own little social silo.

But of course no one will say that. All of Silicon Valley's little apps and inventions IMPROVE our lives, right? There's always a trade-off, and this is it for social media.

Don't confuse the ease in which racists can communicate with growing racism because that's incorrect.

Here is the main impetus for antisemitism.

It just is what it is. The Jews that run Hollywood, hate the middle class. They make movies that they think, are nuanced enough to hide their hatred. Americans are not stupid, they see the endless hate coming from Hollywood for the middle class and the support of the maniacs on the left who want to replace them with foreigners and people who need a statist government to survive. That government will support the new immigrants on the backs of the wages, made by the very people, that Jews in Hollywood hate.

This isn't rocket science. Jews in Hollywood have relished telling the middle class how evil, stupid and racist they are for the last 30 years. Kinda like Bill Tammereus.

Fringe, pissed off white guys, act on the hatred for them, with hatred in return and we are all supposed to be surprised that whitey isn't taking it anymore lying down.

The Jewish state, in Israel, IS AN ETHNO STATE THAT ONLY ALLOWS JEWS TO LIVE THERE.

They are deporting Africans every day and they have a wall THAT WORKS.

Americans are not stupid.

Japan for the Japanese.

China for the Chinese.

Mexico for the Mexicans.

Nigeria for the Nigerians.

White people make up .08% of the world's population and there IS NO STATE FOR THEM.

The Jews in Hollywood hate you white boy.

THAT is why, occasionally - some nut, whips out his guns and goes crazy.

I like fucking hot young Jewish women. So I am definitely racist but at least I am not anti Semite.

6:24 makes some really good points about social media and technology. There is no more racism than ever, and perhaps even less. But social media makes it easy to find every racist comment, joke, picture, etc. and the media can’t get enough. It’s perfect fodder for their anti-Trump propaganda.


YES, And It's because of the Obama Administration who PLAINLY showed his antisemitism and hatred for Israel and his love for IRAN.

Democrats can't stand the thought that Trump moved the Embassy to Jerusalem!

Harvey Weinstein know how to handle all of this. Just get the hot pussys on the casting couch.

Jewish women are gorgeous. That Julie Hirschfield Davis on CNN. Ho Lee Fuk! What a goddess.

When the forces of hatred have been empowered not only to spew their lies but also to write about them -- whether they are selling anti-Conservative, anti-White, anti-heterosexual or some other putrid bigotry.

Just say no to ZOG


Barack Obama's buddy Louis Farrakhan was in Iran chanting DEATH TO AMERICA in Arabic.......Proof democrats in America want to destroy the country!

Check it out on you tube!

7:02 Tells it like it is. Jews have been kicked out of 109 different countries in 1000 years. This fact, when passed through the Magic Jewish Reality Filter, becomes "Jews have suffered 1000 years of oppression".

Meanwhile in Illinois, 56,350 people voted for Art Jones, former leader in the National Socialist Movement for the Illinois State House.

Bill Tammeus has repeatedly attacked Israel. I believe his own denomination disinvested in deals with Israel.

The ONLY Jewish state, amid dozens of Muslim and Officially Atheistic states...and he attacks it.

He is a slimeball...and he knows that he is doing.

Yeah, and Bill bends over backwards to defend the Muslim followers of the child bride fucker Muhammed.

No, it's not. But that isn't stopping the Leftists from using antisemitism as a club to wield over their enemies. While antifa and others call Trump a racist white nationalist Israel's prime minister is calling him their greatest friend.

Can't be both, folks. That is unless you're into political hypocrisy and insane postmodern ideology.

2:14, so a few million Israelis control over 300 Million Americans?

Gawd Damn, you goys must be real pussies! LOL!

iran was one of the first countries to acknowledge the israel state, and then, somehooooow, the relationship went in the shitter and the saudis became their 'ally' via US.

There are a couple of Jewish women in our HOA and they fit the stereotype and drive everyone else crazy. Loud, brash, constantly complaining, cheap, always wanting something for nothing. Other than that, they’re ok I guess.

"We have the most pro Jewish president in recent history"

No. We have the most pro Israel president.

Israel is a nation whose government represents a corporate headquarter viewpoint, not a singular voice of the Jewish people. The terms are not interchangeable. It's like saying I'm the biggest supporter of Untied Healthcare Corporation, so I have to be the most pro-healthcare. Not the same thing.

BTW, statistically hate crimes are up.
Nationally, levels in 2014 were the lowest since national reporting began in 1992, according to the FBI. Since then, hate crimes have steadily increased. In 2016, the last year with FBI totals available, hate crimes were up 11.7 percent compared to 2014.

Meanwhile those calling him the most racist Jew hating asshole in the world are all kinds of cozy with Mohammedans hellbent on destroying Jews, subjugating women, throwing gays off buildings, etc.

Additionally, the US wants a military ally in the region. That's geopolitical convenience.

So, Trump, Evangelicals, and neo-cons don't love the Jews. They are just using them for the land they occupy. Sounds racist to me.