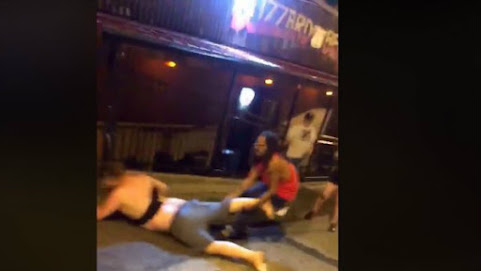 One of the many weekend brawls in Westport is making social media wave thanks to political chatter.

Remember last month the bar made national news for a nasty exchange:

Watch for the hilarious narration and the street fighter lady who beating down people on both sides of the dispute for some strange reason. Meanwhile, credit to social media for reminding us that drunken Kansas City club life is probably best avoided.