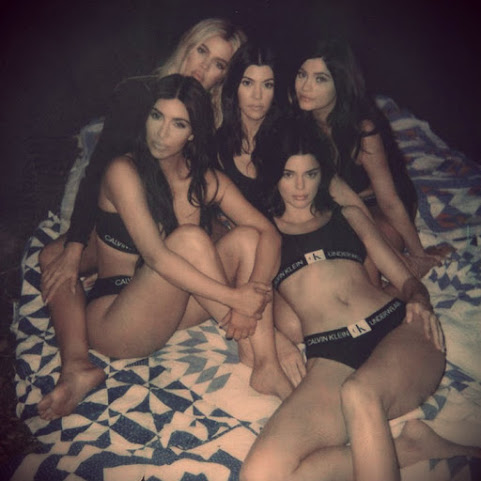 At the start of hump day we take a look at the culture overall before we really get started . . .

Huff Post: Watching ‘Keeping Up With The Kardashians’ May Make You A Worse Person, Study Finds

Elle: Kayne West Says He Would 'Smash' the Kardashian/Jenner Sisters in New Song

SunK: Kim Kardashian says her late father and Kanye West’s late mother visit their house as birds who watch over them

And now we offer a greater than usual arrangement of all the Kansas City links worth sharing for the morning. Take a look:


The Future Of Animal Health

The animal health industry finds itself in a state of major transition and chaos brings opportunity. And we humans continue to find new, innovative ways to live alongside the animals in our lives. Explore several new startups and companies making headway in the animal health sector.


Where are we? Must be North Kansas City. It says so on the arch!

There's plenty more info, insight and connections after the jump and along with the song of the day . . .

There's a new push to make Kansas City's streets even safer - not just for cars, but for bikes and electric scooter riders. Bird Scooters debuted here in Kansas City this summer. City leaders, and even the scooter company, urge you not to ride on the sidewalk. They want you in the streets.

A Kansas City woman who sold heroin to an Overland Park man who nearly died from an overdose was sentenced Tuesday to seven years in federal prison. The dealer went by the nickname "Sweets."

The U.S. Coast Guard has referred the investigation into the deadly sinking of a Ride the Ducks Boat to the U.S. attorney's office in Kansas City to consider a potential criminal investigation and federal prosecution. The news comes as another family member of one of the 17 victims filed a lawsuit against Ripley Entertainment the company that owns the tourist attraction.

Kansas City Hand Up To Students

KANSAS CITY, Mo. -- When students enroll for the school year in Kansas City Public Schools, their parents are given a survey, asking if they've been without a home for more than six months. The answer determines if they'll become part of the Students in Transition program.

Still Time For Chili In Another Spot

An iconic Overland Park restaurant will be closing at the end of the week, but not forever. The legacy of Fritz's Chili will continue thanks to one big fan. Sean Meyer has been coming to Fritz's for 20 years. Like so many others, he came in for one final bowl of chili last week...but then he had a wild idea.

KANSAS CITY, Mo. -- There's a growing desire among many in the urban core to rehab abandoned houses, instead of tearing them down. A new investment pool may help restore a lot more blighted homes in run-down neighborhoods.

Nearly every Friday, Morris "Mac" Clay breezed through the doors of the Palestine Senior Activity Center and flashed a smile at the receptionist. "Is there any catfish left for me today?" he would playfully ask.


UMKC becomes first US university with smart kiosks on campus

KANSAS CITY, Mo. - Students at the University of Missouri-Kansas City got a whole lot smarter overnight. The university unveiled newly installed smart kiosks, called CityPosts, Tuesday. UMKC said it's the first university in the country to have this kind of digital technology on campus. The CityPosts act like digital bulletin boards.


The red tail boa constrictor that was discovered draped over a mailbox by a postal worker last week, is now in the care of a Johnson County chiropractor. Dr. Larry Holtfrerich is taking care of the adult female boa until the owners come forward. | The Kansas City Star

The red tail boa constrictor that was discovered draped over a mailbox by a postal worker last week, is now in the care of a Johnson County chiropractor. Dr. Larry Holtfrerich is taking care of the adult female boa until the owners come forward.


Headed For Kansas City's Open Spaces: The Fruit Of One Sculptor's Struggle With Gravity

Sculptor Jacob Burmood stood on a high ladder beneath a large elm tree. The sound of his buffing tool mingled with the late-afternoon chorus of cicadas at his rural, open-air studio in Ottawa, Kansas. "This tree is really my studio," Burmood said. "It's really peaceful and I love the cicadas.


Where's the hype for the Kansas City Chiefs offense?

There are exceptions to be sure. From time to time it is possible to find an analyst who will give the Kansas City Chiefs proper credit for building such a behemoth of an offense. Peter Schrager recently sang the team's praises on the NFL Network.

You hear her name and you think of movies, glamour, and dance. Ginger Rogers. One woman is on a mission to make sure you also think of Independence, Missouri when you think of the star. A star in tinsel town - Ginger Rogers was born in Truman town. Her start?


Like disc golf? Kansas City is the place to be

A new study by The Trust for Public Land - an organization that generally advocates for parks and park land - shows Kansas City is in the top 10 in the country in the number of disc golf courses per 100,000 residents.

NKC is definitely NOT Kansas City, MO. But it could be if the old farts who run the place continue to live in the past.

NKC will always be a city unto itself, I see your concern but I think this monument is a great accomplishment for our little slice of the metro. It makes us stand out from the rest and serves a great sign to help everyone find their way.

^^Except and this is absolutely key...nobody wants to go there!

8:04 Displays ignorance. I live just North of Northtown. I wish I lived IN the city. Much different and better than Kansas Shitty in so many, many ways.
Envy folks who live in a town where they don't put up with the crap you see on here daily. Sewers work, streets are clean and nicely paved, much less crime, etc. It's the jewel of the North, and 8:04 doesn't need to cross the bridge.

^^^Wrong, 8:04. Ask your attendants at the Insttute to drive you through NKC in the evening or weekend. You will discover that so many people do want to go there that it's hard to find a parking spot.

its a nice little community, a lot of Hispanics have moved in the area and they take care of the big park there. No gun shots and violence stories coming out of there if it were the darkies moving in.

Tony... its your resident gay fan boy. I don't know what straight guys see in the Kardasians. I don't find them attractive and they annoying as hell. So caught up in themselves it is painful to watch.

About the heroin story. An overland Park bubble gummer can't handle his high and then snitches on his dealer. What a little bitch. Amazing he goes into the city to score and actually gets something,doesn't get ripped off, then gets in trouble bc of his own fault and to get out of trouble he snitches and wears a wire. Hope that lady has friends to put that punk in his place some day even if it takes years. He ruined someone's life to avoid his own self-made troubled.
-radish