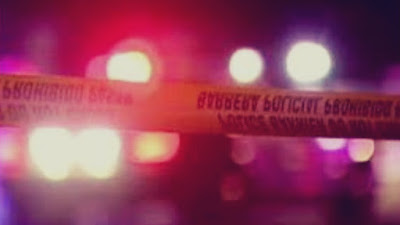 And so, the cycle of Kansas City violence starts all over again with the latest local killing along local streets.

Fox4: Homicide investigation underway after man with gunshot wound crashes into pole near 40-Highway and Manchester

"Police say they responded to a report that a car had crashed into a pole and there was an unresponsive a man inside the vehicle. The man’s injuries were considered life threatening, and he later died at the scene. He had been shot.

"Police say it is possible that he was shot and rolled in the pole rather than just crashing into it."

Not a peep from the mayor on the end of year number. That was kind of surprising.

Guess this is the new normal.

Not a priority for KCMo. We're building airports and hotels, not working on keeping Kansas City safe from criminals.

KCMO is dangerous, especially once the sun goes down, and as soon as the temperatures go well into the 70s.

^^^Sure it is geezer. Sure it is. keep your chickenshit ass in your trailer. Don't ever come out. You are not wanted out here or welcome.

9:37 i dont live in a trailer lmao. You throwing that out there just shows you have nothing to provide to discredit my points. So instead you resort to making up assumptions. You are not even someone who is debatable! Let me guess...I’m a racist transphobic homophobe misogynist? Am I literally hitler too? A big Russian boogeyman coming to get you? Hahaha

Just like President Obama we are defining decency down. We are told this is the new normal get used to it.

When is President Trump going to end the carnage in our American cities like he promised on his Inauguration?

^^Just another of Killa City's Crazies. This one's got a collosal fetish for crapped pants. About what you'd expect to go with the too many Killa City's Crimmies!

Takes a while to flush those bad "If I had a son" Barry bros outta Great America. Might be many months more to get that 8 years of stink aired out,also.

^^^How was your BM? Did you get a full diaper load today?

You can keep your doctor ha ha

^^^Yea, but were you able to squeeze out a load in your pants?

9:37 is sLIE, he’s been warned about using his city computer to combat TKC, he just can’t stop making a fool of himself since he fell off the wagon....... again and again

Wow I've never seen such idiotic,dumb ass,complete lack of human compassion,and life displayed like this,probably because I actually have a life and don't get my rocks off by talking on this social network of lame ass retards with no one else or any way of gaining any type of self worth or importance than to feel the need to talk about someone who they don't even know.The person whom all you fucking idiots are blogging about was my friend Tommy Rice who was a good man with a family and friends who cares about him deeply.Its a tragedy to have had this happen ,especially a man of his character.Its a shame that his life couldn't have been spared and all of you dick sucking idiots could've piled up in his place!