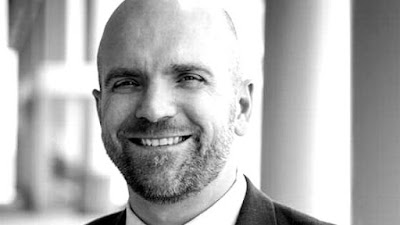 A high-profile homicide in an affluent Kansas City neighborhood threatens to upset the balance of power across the nation.

Just a quick recap of what we know about the murder of Kansas City attorney Tom Pickert:

The connection that was revealed just a few hours after the homicide . . . Mr. Pickert successfully represented homeless man Jeffrey Harris in a lawsuit worth $5.75 MILLION after the plaintiff was shot in the leg by David Jungerman during a robbery. Court authorities were in the process of seizing assets from Mr. Jungerman before the killing.

Tom Pickert had just finished walking his kids home from school when he was gunned down.

Media has connected Prez Trump campaign donor David Jungerman to a van that has been searched by police for evidence including fingerprints, DNA swabs and blood. He owns the van.

David Jungerman matches the descriptions of witnesses at the scene according to KCTV5.

Police have not yet named Mr. Jungerman as a suspect or a person of interest despite their claims that the murder of Mr. Pickert was "targeted" in order to reassure panicked Brookside residents.

But all of this is is just forensic transcription that's already widely reported through various Internets clickbait outlets.

DEMOCRATIC PARTY STRATEGISTS ARE CLOSELY WATCHING THIS CASE AND PREPARING TO USE IT AS PART OF A MIDTERM ELECTION 2018 CAMPAIGN ONSLAUGHT AGAINST PREZ TRUMP AND THE GOP!!!

Here's the word from a KICK-ASS POLITICAL INSIDER . . .

"What you have here is a progressive family struck by tragedy as they're working to make the world a better place. A lawyer defending the rights of a homeless man was brutally gunned down. In the aftermath of his death there's a connection to the gun-toting right-wing supporter of President Trump. A guy who has had problems with shootings beforehand and never should have had access to weapons. Of course we have to wait for the outcome of the investigation but the story of the murder is powerful in its own right and demonstrates that progressives face horrible risks in helping to change things for the better." 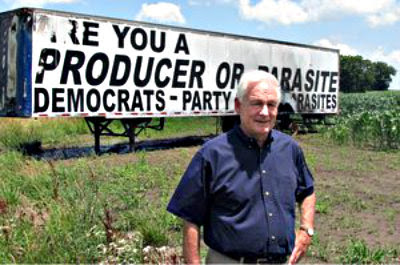 "Some of the comments, from your blog and others, just prove our point. Trump supporters and those who would spit on the grave of this man and his family are trolls and unworthy of leadership. This might be a game changer that exposes the bullying of the 'alt-right' and their enablers for good."

Let's not forget that Mr. Pickert's wife was a well known leader of Indivisible KC and worked to challenge the GOP on healthcare and more . . .

Also . . . Indivisible KC is already using this issue as a call for more gun control - Which confirms our thesis and the words of this KC insider with the argument from this organization . . .

"There are always those who argue that loss should not be politicized. Many IKC members live by the mantra that the personal IS political. This is most acute in situations like Tom’s death, which may be directly attributed to the failure of our politicians to enact and enforce common-sense regulations, with which even most gun owners agree. It is time to ask our representatives in state and federal government how they justify their failure to act."

Again, the police are doing their investigation but that hasn't stopped the widespread speculation among social media denizens and MSM continuing to make connections implicating Mr. Jungerman

And while politicos on both sides of the aisle often endure criticism for "politicizing a tragedy" . . . Make no mistake that there is already an effort to portray Tom Pickert as a progressive martyr brutally killed on Kansas City streets.

They can try their best but I don't think that's going to help their cause. What more can you say against President Trump? He has been derided for just about everything but his popularity keeps going up!

And this is how Claire McCaskill won her election in 2018 while her opponent was busy trying to get even closer with Bannon.

I'm also thinking that the coming impeachment of Trump isn't going to help the cause of the Republicans.

Say NO to this kind of cynical strategy! Just another campaign trick from the Democrats to bring them out of irrelevance!

9:50: The polls I've seen disagree with you. Can you provide some evidence to back up your claim that the president's "popularity keeps going up?"

I'm with 953. I'm thinking the upcoming impeachment should do the trick.

Fuck boss hog local libtards and their nutty bullshit. They will stoop anywhere to make up points about anything. The public isn't stupid. This ass hole got some well deserved payback. Hope he enjoys using his pitchfork.

Ok
So the democrats want to use one murder as an indictment of one political party. Ok
Then the GOP should run a commercial everyday showing the photo of each murder victim in Kansas City since democrats have run the city. And then pose the question; why do democrats suddenly care about about a white guy who was murdered, but never seems to care about the hundreds of black victims?
If I ran the PR department at the GOP it would be the easiest job in the world

only in your mind dude..
what the fuck are you trying to lay this on the Democrats?
seriously? tkc is the one obsessed with it...are you calling him a dem?

you must be still asleep,holmes or just retarded.

^^^ Agree, I think his wife is more of the Democratic leader of the family but just because of her work for Obamacare. But she could make a powerful spokeswoman for Senator McCaskill.

Never mind that the homeless bum was trying to commit a crime,

If your referring to me, the article clearly stated the intent of the democrats to use this crime as a political issue. My point is, go ahead
It can be countered in such a way that they would wish they hadn't done it. But don't worry, the best weapon the democrats have, is the obvious lack of spine in the GOP
If only I could run the GOP advertising, but that's never going to happen

Duh I read and fall for everything tkc says,ya I do.

The problem with this is the so-called progressives of Kansas City are worse than Trump. Look at the eastside, the Kansas City public schools and the City of Kansas City's tax system. The City's tax policies are the most regressive in the nation relying on sales taxes and a flat tax only wages of the working class to fund the development agenda of the 1%.

All right you win. It’s all about gun control. I have several, come and get them , pussy liberals. Come on you big talking cunts.

only a little more than 7 years of the Trump presidency to go .

get over it, butt hurt sore loser Democrat snowflakes.

You're fucking dreaming pal I mean you're in la-la land. Somebody needs to wake you the fuck up, fucking idiot 7 and a half more years l o fucking l try a half more year at the most you fucking jerk

I don't think ambulance chasing is a noble cause!

I could go do a poll that says Trump is more popular yet.

I could also go do a poll that says Hillary is more popular now than last November.


The bad part about polls is whoever is doing the poll can tweek who they ask what to make a poll generally swing anyway they want it to.

I really don't trust any mass media polls I don't care who it is for, because they will only show you the results they want to see and report on.

As for INDIVISIBLE KC I think the whole country as a whole would be better off if they were to become INVISIBLE.

Dave-Indivisible has just as much right to express their opinions as you do.

20 plus dead in a church in Texas, probably a Indivisible type person.

Hey, 3:09. How's your momma after I had my way with her. She sounded just like the way you print.

Three percent of the population owns all the guns so it's probably split 50/50 between Rep and Dems.

So a black guy kills several people on Indian Creek trail and even says 'Kill all white people'. Then the Kansas City Shit star questions whether it was a hate crime or not. Just shows how far progressives' heads are up their ass.