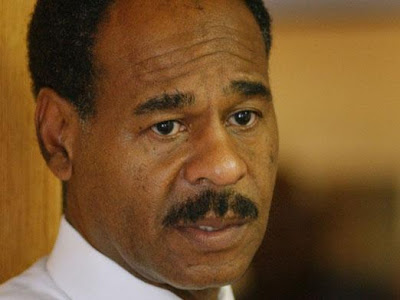 An important letter amid a tumultuous week in the nation's discourse from Kansas City's top elected official.

A "Minute of Silence" No More

The week started with the devastating Las Vegas mass shooting that claimed the lives of 58 people. After the initial shock, my immediate thoughts went to the families of those killed. My second thought was, what if it had been me or my family, enjoying an outdoor concert on a beautiful night. Then I wondered, as I always do after hearing such news, how do we prevent or reduce the likelihood of these mass shootings from occurring, year after year. The bravery and determination displayed that day by strangers helping one another, by the emergency responders and law enforcement, was amazing.
Last year I participated in an historic sit-in with House Democrats who were calling for a vote on gun violence laws. At that time, the shooting in Florida was the largest mass shooting that had ever taken place in our country. Sadly, that has now been surpassed.

This week, I also refused to participate in the after-the-slaughter obligatory call by the Speaker for a “minute of silence.” You have heard it hundreds of times, “Please stand for a minute of silence in honor of those killed in…” where ever. In the case of the Las Vegas shooting, 58 Americans were killed in cold-blood and the highest legislative body in the nation could only offer the bereaved families as well as the nation, a minute of silence. I simply walked into the cloak room and waited until the minute had passed.

I am sick of the “Our thoughts and prayers are with the...” whom ever. Look, I take prayer seriously and if I say that I am going to pray for someone, I do. I promised over a decade ago that unless I am physically and mentally unable, I will pray to him each night for the remainder of my life. Therefore, I prayed that evening and afterward, for the families and victims in my little room in my building across from the Capitol.

I call your attention to Exodus 14 where we find Moses trying to pray to God about all the problems he and his nation were facing. God responded, “Why are you praying to me? Raise your staff and stretch out your hand over the sea and divide the waters so that my people can go through on dry land.”

Congress at a minimum should ban the sale of what is called “bump stocks” which converts a legal semi-automatic weapon into firing like an automatic weapon. I am also in favor of commonsense gun safety reforms like closing the "no-fly, no-buy" terrorist gun loophole.

I know that some Members of Congress, for political reasons, push the notion that their opponents "want to take your guns" but I have been in Congress 13 years and there has never been a bill introduced for that purpose. I have family members who are well known to own guns. We must carefully balance efforts of allowing Americans the right to bear arms with strengthening gun safety in our country.

If the NRA is willing to give up bump stocks then they are about to become a thing of the past.

Wait. Cleaver imagines he has credibility??

So Cleever refused to stand for a monent of silence to honor those killed? He's an even more vile piece of shit than I thought he was.

I still remember when this asshole wanted to force gun shops that sold within KC Mo boundaries to stamp "Homicide gun" on all handguns. He DOES want to take your guns away. He's a total liar and a phony.He's also quite corrupt and this has been well known by the insiders of this town since the late 70's early 80's. He's dirty.

not news. not interesting.

If he pays the SBA Loan back we can use that for crime prevention.


But that's O.K. if he's dirty because liberals use double standards, it's O.k. that he doesn't pay his taxes and it's O.K. that he takes credit of what Berkeley did for the city.

Hey Preacher how about common sense laws on abortions or voting then maybe look at guns.

Sorry guys, even your boy Trump is selling you out on bump stocks. He agrees that he will ban them. You were conned. Welcome to politics 101.

Does anyone call him Clever Cleaver. He's not. His rep as mayor was that "...he gave great speeches and then nothing."

Why doesn't he use his insipid leadership to bring our federal dollars back to Killa City to reduce the murder rate in his district.

^^^ Excellent idea. Working for this constituents to prevent violence would be a much better solution than simply protesting in D.C.

Congressman Carwash defaulted on his SBA loan which he had personally guaranteed.

Eventually, a judge ruled in favor of Bank of America which was trying to collect on the loan which Cleaver had long ago quit paying on.

He still has made very little effort to resolve the issue.

The Kansas City Star, and particularly it's political reporters Helling and Kraske (now both on the editorial board) have been complicit all along in hiding the facts from the public. Cleaver should have immediately been forced from office when the issue came to light.

What's never been explained to the public at-large is that Cleaver engaged in the SBA government loan program not to legitimately buy a carwash business, but to fund his election to Congress. Follow the money trail. It doesn't take a financial expert to see that a business purchased for a million dollars and later sold for a fraction of that, doesn't add up. And while you're researching, note that the current owner of Cleaver's former carwash has a sordid history of his own, with a federal indictment related to fraud when operating a KCKS meat processing plant.

I see a bunch of so-called "Conservatives" making ad hominem attacks and failing to address the real issue - Republican lawmakers are corrupt and they're in the pocket of the gun industry. This deadly alliance is getting people killed and their pathetic voters can't justify the corruption any longer after Las Vegas.

^^^^blah blah blah, we all know where the problem really is and it’s not the Republicans

This guy has time on a weekly basis to write letters but doesnt do shit for anyone in his district but whine and cry...great leadership

8:41 even the nra is willing to give them up, those things are a novelty item but hey, if the dummocrats think this is giving something up then they are the dumbest people on earth, oh wait, they already are!!!

If cleaver is so bad, why does Jacob Turk keep losing to him? Is he worse? If there's so much anger then why does he win year after year.

^^^ because blacks don't care if their congressman is a mass murdering, bank robbing, puppy killing pedophile - as long as he's black.

Cleaver continues to be all talk and no action.

Eight years of doing nothing Mr. Cleaver and now you point fingers and attempt to castigate Republicans. You are a fucking idiot who was part of the Democratic clan that refused to act during the Obamy administration because DNC data said you would get your ass crucified in elections if you went up against gun rights. Tell the truth you lying libtard cock sucker.

Super racist thread here. I see the kkk is out in force today.