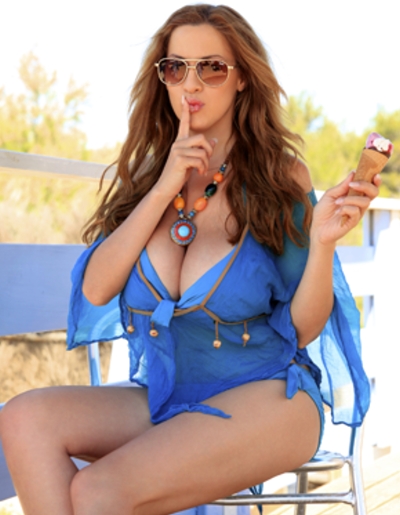 Once again social justice warriors have descended upon a small biz Westport and fostered a wave of criticism because of political disagreements with the owner.

Here's their side of the story:

"To Our Westport Ice Cream Bakery Family: We’ve seen the post(s) circulating FB, and we’re appalled by them. We’re not sure why this poster and a few others who’ve commented are trying to incite some type of racial situation, and it is beyond troubling, to say the least. With only two people present for this interaction, and the author of the post not being one of them, the information presented is factually inaccurate.

First of all, we are a biracial family, and to be clear, no, my brother did not refer to “black men as apes” as alleged.

Upset from the previous night’s events where his wife, niece, and customers including toddlers and small children were put in grave danger, he asked a freelance reporter that was parked illegally in front of our store to move so we could conduct our business. The reporter refused to move at first, and during that exchange, he referred to the murderers of Police Officer Thomas Orr as “apes” and “animals” with the connotation of describing them as troglodytes, Neanderthals, or other uncivilized in-humans. His comment in no way referred to “black men” or any other specific race for that matter . . ."

Read the post in its entirety to figure out an exceptionally silly effort to try and sell some ice cream during a remarkably mild Kansas City August.

THE REALITY IS THAT CONVERSATIONS WITH WESTPORT DENIZENS HAVE REVEALED THE OWNERSHIP IS SYMPATHETIC TO PREZ TRUMP AND LEANS CONSERVATIVE . . . THEREFORE SOME MIDTOWN LOCAL PROGRESSIVES HAVE BEEN CONSISTENTLY ATTACKING THE BIZ IN RETALIATION!!! 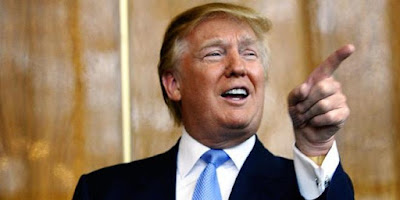 The management didn't see this coming and their reactions have been defensive and dumb. Attacks aren't just political and they delve into a court case the owner confronted that was subsequently settled . . .

The bottom line is that quite a few Westport denizens are angry at the Conservative leanings of this biz and have consistently expressed their outrage by making allegations of racism, misogyny & more . . .

And all of this is both funny and sad given that ice cream isn't supposed to make people angry or inspire much political discourse.

He needs to to a Hillary Clinton ice cream giveaway to make amends. Otherwise he is screwed and the business won't last beyond this Summer.

Liberals always eat their own. Tony will be next for allowing non liberals a voice. Not a threat, I don't do that. Just watch liberals and learn from them.

Every liberal will end up a Trotsky if they don't do what they're supposed to.

Solution is to build an entertainment district East of Troost. Blacks don't want to mingle with whites anyway.

WHO CARES ABOUT THIS SHIT LIBIOTS!

This is a working class issue. The owner should not get drunk in public.

Who gives a fuck, they sell ice cream. Go buy ice cream or don't. If you don't like them go somewhere else. You fucking people need to get a life or better yet a job.

Dude needs to shut his mouth and stay away from the computer if he wants to sell his ice cream! Our President should take the same advice!

Fucking libs always running off at the mouth. If you libitards don't like it here move to fucked up California.

I've been there and there's a photo of the owner with msnbc hosts from Morning Joe on the wall. That doesn't sound conservative to me. Besides, they have great ice cream and baked goods and they were really nice when I was there.

The left will never be happy & as they are mentally damaged there can only be one way to deal with them...

Most of the business owners there are racist liberals.

AMAZING, blacks kill each other and others in this city at an alarming rate. Mention that and your a racists. Ask how to stop blacks from committing acts of violence, crickets. You want equality then get your violent Brothers under control so you can join the rest of the civilized world.

When I offered to add some whipped cream to Jordan's cones, she shushed me, and whispered "wait until we get home!"

Now the owner of Californo's is a real douche bag liberal.

What the hell is funny about this Tony? You have devolved into a dumbass again.Westport deserves to die. It's a crime center surrounded by idiots who have nothing else to do than harass people who don't agree with them.

SELL! GET OUT OF THAT GHETTO

RACE IS ALL THE LIB DICKS HAVE

Fuck you Phil-latio you faggot cocksucker.

Yeah, that cocksucker needs closed down. Californos is a ghetto shithole.


I'm with 6:18 If you are a liberal from California GO BACK THERE!

You liberals are racist too especially Hyde Park, remember when they wanted the Bainbridge closed down. A bunch of flipping hypocrites!

Can't wait until they kick that black bitch out of the Mo. Senate

Wake up, ice cream dudes. Nobody wants to buy food and give money to someone who talks like a Tony's troll and then gets defensive and plays the victim. Oh, except for Tony's trolls.

We still want it closed down

An observer would have to be from another planet not to understand that calling a black person an "ape and animal" would be seen as having a strong racial component. *smh*


With or without Trump, it was a racially laden remark. End of story.

There are many communities that would love his ice cream. There are to many haters with to much time on there hands .

^^^ Retro is right. Too many haters in westport, that's part of the reason it's going to Hell!

"God forbid someone disagree with a libtard." - Martin Luther King

"I hired you people to try to get a little track laid and eat some ice cream, not to jump around like a bunch of Kansas City faggots." - Gen. Robert E. Lee

"Nothing more dangerous than a liberal hiding behind Facebook" - Gandhi

The Ice Cream Man gets drunk at the bar and starts shooting his mouth at closing time. If I've heard about it then everyone has heard about this drunken fool..

Those same Degenerate SJW Commies should start complaining about all the Drive By Shootings of young kids,,,,,

BUT ~ NOT 1 word out of the Commie' Degenerates , total silence on those issues, nor any protests on behalf of those young kids who've died at the pathetic decisions of those young BLACK Gangsta' thugs ,,, Zilch, notta', nothing !!

Those Commie' SJW's are young Naïve Delusional Mentally Twisted Fucked up Degenerates of Society, typical of exactly how the Democratic Party wants them to, so they can be further taken advantage of thru deception & lies of the liberal party, which they've done fairly well , look at all these young under 30 yr.old Degenerate Commie SJW's acting like rabid possums with rabies !!!!

they are so misguided and screwed up in their SJW minds its pathetic and the Nation is laughing at them !!

It doesn't matter if he said it or not. Black men ARE apes. We all know it.

He states the obvious.

Who cares...another troll piece and here come the bottom feeders.

Negroes are animals. The only person on this site who refuses to acknowledge it is Tony.

Aaawww, you still got your hurt butt from bending over in that Barry BathHouse. So, try getting your mind off the pain in the ass by coming here to crybaby to nobody who cares about it.

^^^WTF is that mess of shit?!? Jesus Christ @10:31AM, Do you even speak English bro? I haven't seen sentences that awful since second grade. Please tell me you're only 8 years old and go to a KC school! Give me something that makes me believe you're really not an "adult" who writes like that!

But seriously, negroes are feral animals. Calling them apes gives them too much credit.