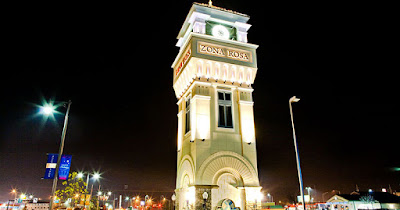 Gunfire rings out in a posh suburban enclave that still isn't safe from increasing violence targeting shoppers and the "nicer" parts of Kansas City.

KCTV5: Police are investigating a life-threatening shooting in the 8600 block of N. Rhode Avenue in Kansas City.

Someone got shot in KCK at the Legends, and someone else got shot in south KCMO. Before the sun went down, and in broad daylight. Did someone pour crazy potion in the water on both sides of state line last week?

Maybe I will have to tune into the scanner again around 10ish. Usually my signal to tune in is when there are multiple police sirens flying down the roads in my area. Usually hear them about 20 times a day, and have become accustomed to what minor incidents and major incidents sound like in the distance. Last night sounded like a major incident, and sure enough it was after tuning in. It was the chase after the cop was shot at. Then all hell broke loose across the city for hours.

This warmth is some kind of triggering event. The warmth triggers the plaza mobs too. Definitely warm and dry out today/tonight like yesterday.

Didnt ride the street car today so nothing interesting to report there.

8:28 for most of us,true,but don't get too complacent.
Hillary and the gang did just that..look where they're all at now..Dead ducks.

Dead on the money.

Thanks for the info.

None of it is surprising, just more violence and dysfunction thanks to low life, sub human filth, but, still, nice to get the facts from your scanner. Very cool.

Starting the scanner this Monday night at 10:30pm

black male with gun wearing chicago bulls hat, unrecognizable location. pointed a gun at someone from a silver honda

carjacking suspect in custody after pursuit

prowler on 61st & tracy trying to break into females house while she is home. female says shes sure its her neighbor

black female on troost having an overdose on something

brush creek and paseo some kind of disturbance going on

lindwood & chestnut minivan running from the police when lights turned on, then suspects bailed on foot

silver monte carlo on I35 with only three wheels, hazard lights on sparks flying everywhere driving down the highway

PD need another wagon, calling other patrols to check on availability

Northland is a lost cause.

11:19pm
light skinned black male 6'3 with knife who was threatening people at 4105 north belmont fled on foot out on the loose before PD arrived. People living there refusing to let the police inside.


shooting at vivian and antioch, side of planet fitness guy shot in the back of the neck.


Helo up in the air searching for suspects in some field, now heading to the shooting at planet fitness. someone called in to PD and said there is about to be a homicide in a calm voice before the shooting reported.


Helicopter flying over the reported shooting location at planet fitness, not seeing anything. Might be hoax call? caller from planet fitness called from the business and told the police there is going to be a homicide and then hung up. something is weird.

74th paseo someone with a gun. group of people with guns. silver chevy malibu with tinted windows. group is scoping out some houses with guns in hand.

planet fitness homicide call in person is being taken to hospital for mental health.


cemetery on troost someone broke in entrance


Bank of America on vivion rd suspect said he broke into bank so he wouldnt get killed. suspect in custody. requesting shackles and EMS.


670 & I70 Volkswagen passat ks tags. car is stolen, owners cell phone is in car and is tracking the location online while the suspect is fleeing.


carjacking on woodland of black lexus

5218 NE 45th st. several females screaming in the street at the house

person outside with gun 6oth NW Prairie View area. someone was being beaten in parking lot of some complex by person with gun. Willow Lake possibly?

8700 holmes someone beating on their apt door

more gunshots being called in, couldnt get the address due to multiple radio calls cutting each other out

63rd and waldren/walren? where earlier assault and shots fired report they discovered shell casings. setting up a scene to collect evidence.

3801 e 71st female being assaulted by her neighbor

363 highland suicidal person, drinking beer and upset he isnt allowed talk to a particular female at a crisis center


WELL...its 1am folks. Not as wild as last night, but for a Monday night? We had two people shot in daylight on Monday and multiple shooting reports across the city tonight. Lots of burglaries both residential and at businesses. Also, it appears there are a lot of just flat out crazy in KCMO. I think I will tune in Friday, should be good!

In addition I noticed nobody who was assaulted or carjacked tonight or last night used a concealed pistol to defend themselves. Tonight some guy was carjacked by a guy with a box cutter. Defend yourself people. Dont let these monsters get the best of you, or take your life over your property. These burglaries are peppered all over. From the northland to south KC. You have a right to defend yourselves. Noticed that the police can get very bogged down on multiple calls. Especially when they have multiple shootings going on. So calling 911 doesnt mean they are able to show up. Especially when they are so busy they are pulling units from other patrol districts in high intensity times. This is part of the response times issue.

One last thing. Most people dont know that just because the local news doesnt show a homicide, doesnt mean gunshots werent going off across the city. These shootings seem pretty common.

11:17 your comment makes sense. I am not familiar with the northland much, but I am now lol.


I still have the scanner on. its still busy folks.

6th & monroe (just south of independence ave. car with dark tinted windows parked on side of street. male in vehicle with gun selling drugs to multiple people walking up to window.

2:20am
westbound I-70 by adams dairy Jackson County sheriff in high speed pursuit over 100mph approaching woods chapel. (last night on I-70 there was a black ford mustand speeding and shooting at other cars)

2:25am 815 smith, one shot fired into the air. black male in dark shirt blue jeans. shot fired from stolen minivan into residence. address is flagged, requires supervisor to come.

5305 euclid. EMS responded to female with seizures. other party there being belligerent with medics, need police to come.

(KCMO PD picking up a lot of people on felony warrants tonight that they are calling in from traffic stops).

2:41am 424 westport strong armed robbery. black male with afro in blue hoodie and jeans. (this is McCoys bar in westport)

4443 college, female who called earlier tonight about black male with laptop bag trying to take her daughter updates he is a locally known pedophile

2:47am
9622 raytown rd, black male with flashlight wearing a dark hoodie and backpack pulling his pants down shining the light on the road. said to be high on something. (PCP seems to be going around in KCMO tonight)

on pershing near crown center next to washington park black male with pistol talking to white male. security watching on camera. black male stumbling around. black male is now taking selfies with his gun on his cellphone.

3am
63rd st & chestnut strong armed robbery. two black males. one in blue shirt. one in black shirt. (police at scene radioed to report strong arm robbery did not occur, but an assault.

EMS requested for suspect on PCP

officer requesting EMS for bite on the hand. was not clear if the officer was bit, or if it was someone else.

some female and a juvenile just ran into a pole. EMS dispatched

Well folks time to go to sleep. Have to be up in 4 hours. Wondering what the story on these PCP incidents is. Is it coming back, did it ever really go away, or is there a bad batch going around. This is a Monday night in KCMO people. A freakin Monday! Well, Tuesday technically. If this is a sign of what is to come this summer...buckle up. Its crazy out there when the sun sets over City Hall. I-70 is pretty dangerous too. Seems pretty easy to get randomly shot at or caught up in some high speed chase.

Nigs in the Northland. What will they think of next?

Good info Street Car Samurai. This stuff has been going on for thirty years. Folks aren't concerned unless it concerns them or their loved ones. One thing that has changed is the northland and Johnson county Kansas is experiencing what Jackson county folks have been putting up with forever. Heck I moved out of northeast kcmo to get away from the crime. It's been pretty nice up north. The inner city of kcmo crime is non stop 24/7. Cars stolen or vandalized or broken into ,folks up all night prowling the neighborhoods , car jacking, murder, rape, assault, bar disturbances , road rage, robbery,burglary, residential, business, harassment , random gunfire, stalkers, drug dealing houses, arson, you name it. No room in the Jackson county jail catch and release system because society is taxed out. Oh yeah arm yourselves and train and obey the law and it'll all work out. Above all defend yourself and if they'll let you walk away then walk away. If they won't let you walk away then you know , you know you'll have to get with the program And make a true believer out of them.

Wow. Crime. It happens. Everywhere. ...and yet...life goes on. KC is still NOT Detroit.

Getting there fast, because we minimize or ignore the issue, like you! ;)

^^9:49 - WTF. CUCKS. THEY'RE EVERYWHERE. AND YET...LAWLESS LOWLIFES RAGE ON. KC IS STILL STEADY NUDGING TOWARD DETROIT!!!

How far do these scanners go? Could I listen to KCMO in southern JOCO?

Crime. It happens. What are you prepared to do about it?...show up here EVERY. SINGLE. DAY. and cry like a bunch of scared little bitches you are?

^ and you're here to read it EVERY SINGLE DAY. Who's the stupid one?

Ooooh, ^^TuffNuts/1:51, how 'bout we anonymously call you a loser bitch for labeling free speech commenters scared little bitches?!
Sad cuz you're already back at your desk before 2pm, and didn't get that entire 2 hour beer lunch today. You'll be frosty after the usual 2nd nap there at 12th & OkieDoke.

Holy shit ! All this douchebag LIBERAL Democrat crime and violence going on on a week night when it's relatively cool outside . This PUNK ASS THUG bullshit is just gunna hump bangers Boyz so much worse when those whacked out hot summer days and nights get here , YIKES ¡!¡!

All true in essence. Good job!

Maybe actually try to do something about it? What a Concept!

There is nothing "posh" about the suburban enclave next to Zona Rosa. It's mostly ordinary ticky tack houses next to an open-air mall that's trying to be the "Plaza of the North"..... Some of the stores are Bath & Body Works, Forever 21, Game Stop, Old Navy, Victoria's Secret and Yankee Candle. Nothing exclusive or upscale there.

Bad people live in the Northland, too. We aren't the untouched and safe area everyone seems to think we are. Crime is here.