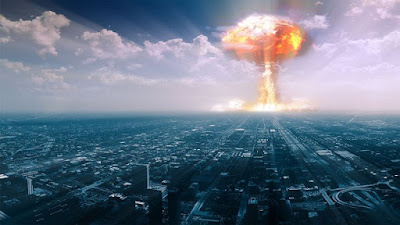 The Kansas City Mutual Musicians Foundation quickly approaches its 100th anniversary currently under the threat of a courtroom battle between leadership factions.

Now, this isn't just Kansas City music scene debate as the MMF is one of the most historic sites in all of the metro AND stands at the center of an upcoming City Hall redevelopment effort focused on the entire 18th & Vine District.

What we want to do with this report is feature arguments from both sides fairly as possible and FIRST before any other media outlet.

Here's the press release that started the discussion after weeks of behind the scenes fighting . . .

"The former Vice-President of the MMF, Inc. and Secretary of the Mutual Musicians Foundation International no longer represents or speaks for the organization's Board or its members. All ties have been disengaged and severed. All transaction pertaining to Ms. Dixon regarding the MMF, Inc. and MMF, International respectively is null and void and she does not handle our business affairs."

THE PROPOSED PARTING OF WAYS ISN'T THE END OF THE STORY AS THE LEADERSHIP OF THE MUTUAL MUSICIANS FOUNDATION IS NOW EMBROILED IN A LEADERSHIP STRUGGLE HEADED TO COURT!!!

Insiders close to the events shared a memo with us that holds some scathing details, here's the intro to the claim that should give just a bit of insight into the contentious situation without violating any confidentiality . . .

"This law firm has been engaged by Ms. Anita Dixon to represent her in potential claims against Mutual Musicians Foundation, Inc. (hereinafter “MMFI”), the Board of Directors (hereinafter “Board”) in its official capacity, as well as certain board members and other persons in their individual capacities. Our client has reported to us a set of facts constituting unlawful sex discrimination, race discrimination, negligent supervision, false imprisonment, assault, and intentional infliction of emotion distress . . .

- Ms. Dixon has informed several denizens from the community that she remains not only Executive Director of the Mutual Musicians Foundation International but also serves as Vice President on the board.

- Yesterday there was a court proceeding for a restraining between these parties and the order was ultimately denied.

- A quick check with the Missouri Secretary Of State reveals Ms. Dixon listed as the member of the Board Of Directors as of their last filing in June.

The most important bit of news fact we can share tonight is that THIS INTENSE KANSAS CITY 18TH & VINE DISTRICT DEBATE IS NOT A DONE DEAL and the threat of legal action now confronts the Mutual Musicians Foundation and all of its signatories.

Meanwhile, like it or not, this fight brings to light the challenges that City Hall must confront in the redevelopment of this entertainment district after years of investment totaling what some claim is more than $100 MILLION dollars.