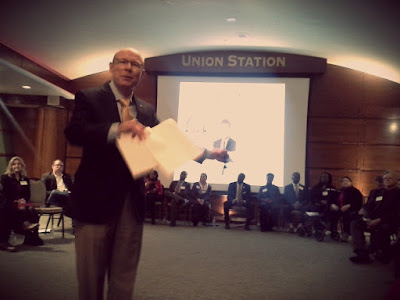 With only a few notable exceptions, the vast majority of Kansas City council contenders favor more regulation and oversight of emerging technology and the Internet.

Usually, digital forms and Kansas City Internets elicit an irrational exuberance in extolling the possibilities of new tech but today the candidates for city council mostly advocated stricter regulation under the guise of public safety.

Sen. Jolie Justus running for the 4th In-District seat seemed to reflect the mentality of most Kansas City political hopefuls in attendance today . . .

"We have to learn how to adapt quicker . . . We have to come up with a way to deal with that (tech companies acting first and often against old school city regs)," Sen. Justus said. "One of the things we need to do is get a process on the city level. And that requires all of us getting together and sitting at the table. So we can get a process into place where we can adapt quickly to the technology, so we don't seem like we're behind the curve."

Most of the candidates echoed the sentiment and agreed that increased tech company regulation would be part of their administration.

IT WAS ONLY 5TH DISTRICT CANDIDATE HENRY KLEIN WHO DEMONSTRATED A PRACTICAL UNDERSTANDING OF NEW TECH AS HE INCLUDES AN INTERNETS STRATEGY AS PART OF HIS CAMPAIGN PLATFORM!!! 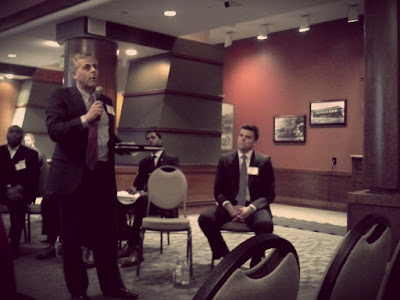 Henry Klein said: "We need to think of new technology as part of a new ecosystem and focus on whatever it takes to get people where they need to go. Not trying to hold these companies off."

Mr. Klein also spoke of his effort to push for voting and better 311 service via mobile app which would be a workaround from talk about the so-called digital divide that ignores the current mobile revolution.

The topic of body cameras and police surveillance came up and credit to 3rd District Candidate Rachel Riley who reminded the audience of her community struggle against violence and homicide and mentioned that the 3rd District didn't have any problem with increased use of police technology as long as the community was kept informed and remained part of the process.

5th District Candidate Bilal Muhammad earned a standout moment when he corrected moderator Nick Haines for a negative depiction of his part of town. 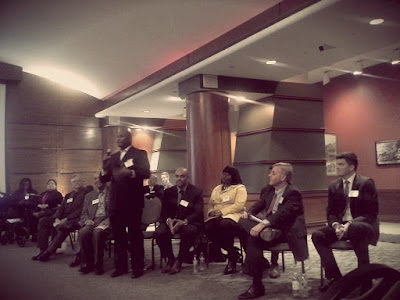 Mr. Haines gracefully acknowledged the criticism but it was nice reminder that tech won't ever move us past neighborhood debate and discourse. 5th District statesman Ken Bacchus also demonstrated an impressive knowledge of city subsidy and regulation when he spoke on the subject of new tech approaches to parking. 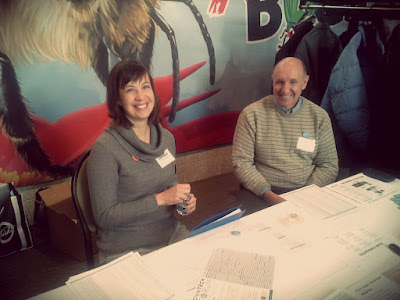 Similarly, 3rd District At-Large Candidate Quinton Lucas earned the only round of applause during the forum when he simply encouraged people to take the bus downtown. However, his point about leveraging the Internets to avoid having to visit City Hall was probably something that would speak to voters throughout KCMO.

Quick TKC Note . . . 3rd District Candidate Carol “C. J.” Gatlin talked about the city working to provide Internet access and was having just a bit of trouble making her point. Standing in front of people and talking is tougher than it looks. What 3rd District residents should keep in mind is that Mr. Lucas reinforced her point and referenced her remarks during his response about online access rather than using the rhetorical misstep to pounce on an opponent. It's rare when politicos demonstrate that kind of mercy and collaborative spirit. Ms. Gatlin doesn't present much of a threat to Mr. Lucas who dominates the cash race and has earned a clean endorsement sweep . . . Still, the effort to show courtesy, politeness and collaboration when nobody was really watching is something that stands out amid talk about the cold, hard facts of new technology. 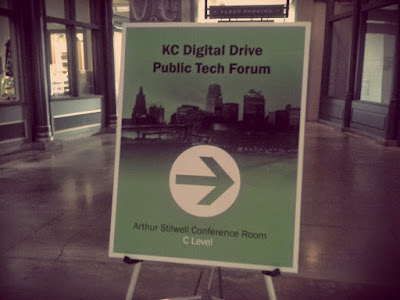 Tech happy talk in Kansas City has become a way of life and the only thing that this forum demonstrated is that the new class of leadership at City Hall is still woefully behind the curve when it comes to addressing the digital revolution and their inclination seems to be to stifle and regulate the Internets at the same time they tout hype about "silicon prairie" and the current high-speed Internets revolution.