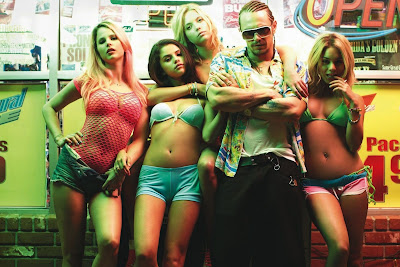 Recently, the New York Times noted that Kansas City has been successful in luring the young and "creative class" back to town . . .

"Like other urban centers, downtown Kansas City owes a large share of its residential revitalization to the millennial generation’s penchant for city living. This demographic group, ages 25 to 34, makes up 25 percent of downtown’s population, according to Cassidy Turley."

Most Kansas City residents have heard these stats before . . . Seriously, it sounds like NYT has been drinking the Downtown KC Kool-Aid . . . More often than not, locals lament so much spending on Downtown Kansas City at the expense of every other part of town in hopes of creating a "renaissance" that never really happened in terms of revenue and job creation. While the new hipsters are nice, Kansas City has also been stuck with a nearly $20 MIL annual bill for places like the P&L District . . . Meanwhile, politicos DOUBLE DOWN on more luxury living space as they chase the dream promised by so many real estate speculators.

Stack 'em and pack 'em in 400 sq ft lofts and they'll come out to yell soccer chants at the P&L.

Let's see.....if you have 4 people living downtown, and one of them is age 25-34, then you would be factually correct to say that a whopping 25 percent of the population are millennials !!!

They are trying to rid Brooklyn of them. Must be media persuasion.

The streetcar wants to take credit for the over building of apartments. Wish they could start taking some credit for job creation.

I used to live in a "downtown loft" although not in Kansas City. I can tell you first-hand that doing that is political suicide if you are in any kind of public employment. I had an entire community trying to scapegoat and character-assassinate "that city feller living in that there loft". It still haunts me in the public eye today.

Sorry, but "downtown" is way too controversial and "politically incorrect" to be publicly associated with. And this article and related comments are proof of it.

As soon as the next fad comes along, the airhead millenial lemmings will be following that over the cliff.
Let's all move to a farm and grow organic kale!
Empty lofts and millions of dollars of public debt in KCMO as far as the eye can see.

Bring on the Millenials. I am a Futurista. My kid is one, I am starting another career, fulfilling my dreams, instead of staying on the ground....why aren't we going up!?! Cable lines like ski lifts that leave every few seconds that cross state lines. Lots of space up there, no traffic, could go out to Johnson County to the Airport. Saw it on TedX. It is doable. Think Big....they do have flying cars, single sweater helicopters... It's in South America and in European countries.....

The future scares me! Also the present does to! I don't like change! Make it stop or I will complain anonymously on the interent about it!

Oh 10:04! You are funny! Thanks for the joke on this usually dour blog.

9:44, I've read your same dumb post on other blogs. While I'm no fan of downtown, your post is ridiculous. You act like you're a public official that got caught in a whorehouse. Whatever. I don't even know you, yet I feel confident saying you and your residence/lifestyle are hardly of any degree of importance to anyone but your mommy. Piss off.

Ah, that brown haired girl. You KNOW she's slippery in there!

don't mind a little shit on my dick said...

and TIGHT back there!!!!

Millennials are the dumbest generation to come along yet, so I don't know that this is a bragging rite for KC.

And 10:12, we know the future scares you. You need to find a job before next summer when your term expires.

Much like a used rubber on the dock in Barcelona. One can only imagine their harnessed creativity.