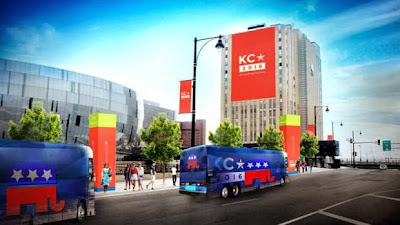 Here's a quick look at hope today for Kansas City's grand scheme to take the national spotlight that most insides agree is a pipe dream.

Connect MO: "The Missouri House has passed a budget plan for various projects around the state, including new college buildings and seed money for a possible Republican National Convention."

AP reports opposition: "Democrats criticized the bill because it includes $4 million for a Missouri city to host a national political party convection. Kansas City is a finalist to host the Republican gathering in 2016."

And so politicos playing upon GOP hope for this town win either way and even if/when this thing goes to Dallas . . .