Jay Leno And Bad Jokes For A Good Cause @ The Kansas City Auto Show!!! 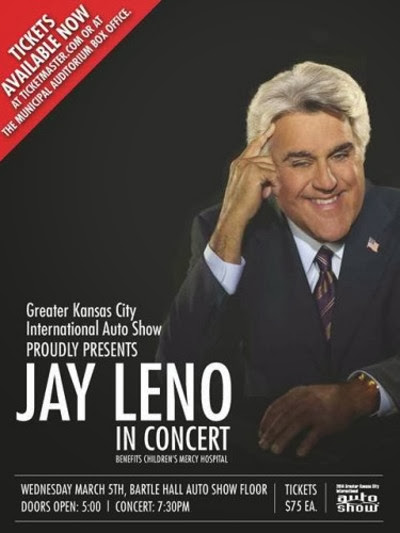 This one actually makes sense and it's for a good cause . . .

Jay Leno, the dean of American comedians, will perform in Downtown Kansas City next week as part of opening night festivities for the Greater Kansas City International Auto Show at Bartle Hall.

The Leno performance will begin at 7:30 p.m. Wednesday, March 5 at Bartle Hall. Doors will open at 5 p.m.

Tickets will cost $75 each. The show is a benefit for Children’s Mercy Hospital. Tickets are available now at ticketmaster.com or at the Municipal Auditorium Box Office, which is open from 10 a.m. to 5 p.m.