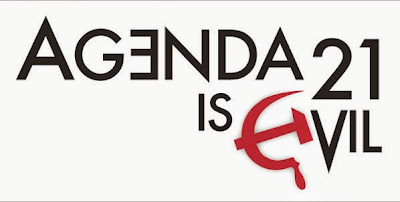 An oddball resolution is working its way through Kansas City local government this week. Apparently, City Hall is set to take up the mantle of the United Nations.

KANSAS CITY PREPARES TO STAND UP FOR UNITED NATIONS AGENDA 21 AND AGAINST MISSOURI POLITICOS ATTEMPTING TO HALT COOPERATION WITH THE CONTROVERSIAL MEASURE!!!

Agenda 21 is a non-binding, voluntarily implemented action plan of the United Nations with regard to sustainable development according to the world's most accurate encyclopedia. Agenda 21 is also the subject of Conservative angst, a horrible Glenn Beck spy novel and a great many conspiracy theories. 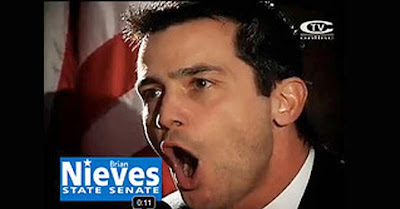 Check the text of the Missouri bill . . .

SB 618 - "This act prohibits the state and any political subdivision from implementing any policy recommendations that infringe on private property rights and are traceable to Agenda 21 adopted in 1992 by the United Nations or any other international law or ancillary plan of action that contravenes the federal or state constitutions.

In addition, this act prohibits the state and any political subdivision from entering into an agreement with, expending any money for, receiving funds from, contracting services from, or giving financial aid to any organization accredited and enlisted by the United Nations to assist in the implementation of Agenda 21."
#############

They tried this last year too.

SPONSORED BY MAYOR PRO TEM CINDY CIRCO . . . KANSAS CITY STANDS UP FOR AGENDA 21 AND AGAINST MISSOURI CONSERVATIVES WHO SEEK TO OPPOSE COOPERATION WITH THE UNITED NATIONS MEASURE IN THE HEARTLAND!!! 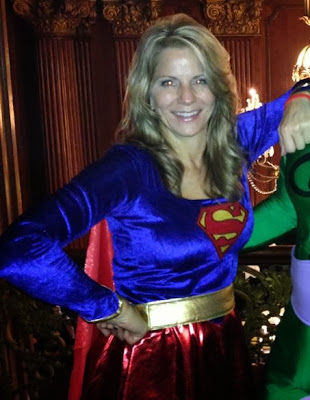 WHEREAS, pursuant to the non-binding text of Agenda 21, the United Nations’ Economic and Social Council would be involved in voluntary implementation of Agenda 21 and the list of non-governmental organizations who are in consultative status with the Economic and Social Council includes the Girl Scouts of the USA, the National Association of Home Builders of the US, the American Library Association, the International Association of Safety Professionals, the League of Women Voters of the U.S., the Make It Right Foundation, the Summit Foundation, the YWCA of the U.S., the American Heart Association, the NAACP, and the UMKC Women’s Council, as well as numerous other professional, civic, environmental, and charitable/philanthropic organizations; and

WHEREAS, the City of Kansas City, Missouri (the “City”) has a strong commitment to sustainability and the Mayor and City Council have stated a vision to employ innovative strategies to develop sustainable healthy communities where all prosper; and

WHEREAS, the City desires to pursue partnerships with various entities and organizations to promote social equity, economic vitality, and environmental quality, some of which may be prohibited should SB 618 become law; and

WHEREAS, SB 618 is an unnecessary restraint of the City’s contracting or police powers related to serving the health, safety and welfare of its residents and will likely have unknown and perhaps unintended consequences that would undermine the ability of the City to implement ongoing and future measures to be a more sustainable community, all to the detriment of its taxpayers and citizens; NOW, THEREFORE,

That the Mayor and Council hereby express their opposition to SB 618 and urge the members of the Kansas City legislative delegation and the Missouri Municipal League to oppose SB 618 for the reasons contained in this Resolution . . .
###########

And yes, this "culture war" stuff can get kinda silly but what this strange Show-Me State United Nations kerfuffle really indicates is that Mayor Pro Tem Cindy Circo is thinking about the bigger political picture and that might provide a peek at her political ambitions . . . Also, City Hall seems horribly confused about the priorities of local residents who have more pressing problems closer to home.