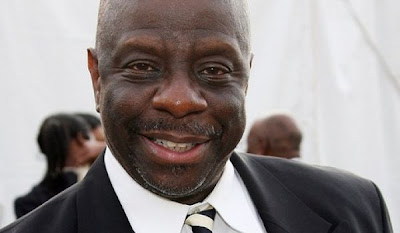 What You Didn’t Know
About Jimmy Walker

Yes, everyone knows Jimmy ‘JJ’ Walker is Kid Din-O-Mite. Yes, Jimmy was the star of ‘Good Times’, the hit Norman Lear TV series from the ‘70’s. Yes, Jimmy still performs stand-up comedy all over the nation and in Las Vegas where he lives.

Here are some interesting facts about a true legend in comedy that you may not know or remember. When Jimmy ended his TV series ‘Good Times’, he became one of the most in-demand TV comics of all time. Yes, he did several forgettable movies including comedies with Bill Cosby. Maybe what was more interesting was that he became a regular on the Dean Martin roasts, moved from there to being a regular on Hollywood Squares. After Squares, Jimmy was brought back to television on several TV series that he was a regular on including ‘Everybody Hates Chris’ and ‘Scrubs’. Then maybe one of the most noteworthy TV jobs Walker had was as a regular on Bill Maher’s ‘Politically Incorrect’. Walker was a regular on that show while it was on mainstream television and left it when it went to HBO several years ago.

Jimmy has had more late night TV appearances than most comics, most notably appearing on David Letterman several times a year. Walker was also on the Tonight Show with Jay Leno in the early years of Leno hosting the show. What many people don’t know is that both Leno and Letterman were paid writers of Jimmy’s before they got their big breaks. Another famous comedian who wrote for Jimmy was Louie Anderson. From the ‘80’s to the present day, you’ve seen Jimmy on countless television series including ‘The Love Boat’ and in popular films like ‘Airplane’. Walker also has been a constant host of award programs on both BET and Comedy Central.

Jimmy came up the ladder working at both The Improv (which he is part owner of to this day, bet you didn’t know that) and the Comedy Store in Los Angeles. I saw Jimmy host an entire Saturday night at the new number one comedy club in LA, the Laugh Factory, where he co-starred with both Dane Cook and Dave Attell.

Walker has managed to stay relevant in a tough business. In the entertainment world, you are only as hot as the last shows you did. What you also may not know is that People Magazine named him one of the top 100 Cultural Icons of the last century along with names like Muhammed Ali, Marilyn Monroe and James Dean. Last year, Jimmy and Chevy Chase received awards as two of the top comics in television history and on Tuesday night, he will be at the TV Critics awards where he and Bob Walker will take home the award for most groundbreaking series.

Maybe what’s most amazing about Walker, is that he is one of the few clean comics in the ‘Tonight Show’ stand up tradition left and that he has outlived the popular and massively successful comedians he worked with when he broke out. Those comedians included people like David Brenner, Elayne Boosler, Rich Little, and Gabe Kaplan just to name a few. While the others have gone quietly into the night, Walker is still front and center not only on television but in the big theaters in Las Vegas where he has co-starred with everyone from Sommore to George Wallace.

‘Good Times’ along with ‘The Andy Griffith Show’ are the longest running syndicated shows on television. Yup, there’s all those college kids watching TVLand, smoking a doobie and watching ‘JJ’. They grew up with him too.

I’ve worked with Jimmy Walker more than twenty years and it was because of Jimmy I was able to bring in Brenner, Boosler and Kaplan fifteen to twenty years ago when they were more relevant stars. Jimmy and I have spent much time together in LA where he tried to get me on the Bill Maher show and more recently we’ve spent our share of time at the sports book in Las Vegas watching baseball and football. Maybe the most interesting connection Jimmy and I have is that Sal Manna co-wrote the ‘King of Sting’ as well as Jimmy’s book that came out last year; ‘Good Times, Bad Times, Our Times’. No, we don’t have any girlfriends in common, it’s Walker who dates Ann Coulter, not me. I am proud to call Jimmy a close personal friend and he acknowledged in naming me in the closing acknowledgements of his book as one of his best friends. It’s an honor I don’t share with many and I am honored by the distinction.

Come see Jimmy ‘JJ’ ‘Kid Din-O-Mite’ Walker this weekend at Stanfords. Call (913)400-7500 for tickets or go on-line at stanfordscomedyclub.com. Some shows are already sold out, get your tickets now. You will enjoy this show.