TKC QUESTION OF THE DAY!!! DO YOU FEEL SORRY FOR YOUNG, WHITE HOTTIE WHO SWUNG ON KCPD, THREATENED FOOD TAMPERING AND THEN LOST HER JOB?!?! 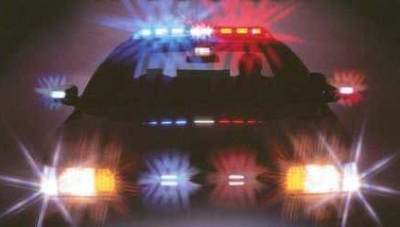 KCTV5 filed a captivating report regarding a dramatic chicken-based incident we blogged about a month ago on TKC.

Watch the report, it really is worth the click . . .

- Police Report Says That Hottie THREATENS Food Tampering Against Any KCPD wearing a uniform coming to the chicken shack where she works.

- Young hottie alleges RETALIATION by two KCPD officers conducting a social media campaign and attempting to get her fired. She has SCREENSHOTS. She was fired.

BEFORE FEELING TOO SORRY FOR THE WHITE HOTTIE AND HER SWAN SONG IN THE AFTERMATH OF AN ADMITTEDLY DRUNKEN RAMPAGE, TKC REMEMBERS THAT I HAVE HAD FRIENDS WHO DID MUCH LESS THAN SWING ON KCPD OFFICERS AND THEY'RE PUSHING UP DAISES RIGHT NOW!!!

Don't get me wrong. I support KCPD and realize that they're on the front lines in keeping Kansas City safe . . . And with that knowledge it's STILL it's important to remind every able-bodied person of color in no uncertain terms that if you get violent with KCPD . . . YOU WILL DIE.

Seriously, consider that a TKC public service for my fellow brown people.

Sorry if that's not fair, police might not even like that statement but it's simply been my experience amid living all of my life in this wicked little town. Real talk: It's more important to know, understand, accept and take to heart this Kansas City fact of life rather than have to endure relatives crying and complaining to some rinky-dink TV station during sweeps after the fact.

So, it's hard to feel sympathy for some hottie who is crying about her losing her chicken job after a drunken rampage that included threats and violence against officers.

Not so much, for none of the reasons you mentioned.

No. If you can't handle drinking alcohol, don't drink or keep your big mouth at home.

Booze? Shit I miss the Methamphetamine

I miss young women acting like ladies instead of stupid, fucking hogs.

Was she an idiot? Yes. But cops must see drunken idiots all the time who say all kinds of dumb things like this to them. However, the cops have gone too far. They can't be texting her and threatening her with firing and SRS. That's too far. There involvment with the case should be in a courtroom only and at no other time.

So she spits? That might be a deal breaker!

A. I doubt you have friends, much less friends who are dead by police hands for not so much as swinging on them.
B. That broad aint hot
C. The term "hottie" sounds sophomoric, outdated, and stupid. Which explains why you and glazer are so fond of it.

Yes, hater. You know all about Tony because you read his blog about politics and KC. Idiot.

THIS WOMAN IS GUILTY OF BITCHERY!

Name one friend that's dead at the hands of the KCPD, for less than swinging on the cops.

She should have been fired. So should any of the cops that harassed her after the fact. Basic common sense, problem solved. Glad I could help.

Is she a squirter too?

This bitch is nothing more than a loud mouth cunt, with no more sense than to do what she did. She'll always be waiting on tables and/or slinging drinks somewhere. Worthless as the second row of tits on a boar hog.

Tell us the names of all your friends killed by KCPD Tony, starting with those "who did much less than swing on KCPD officers".

Maybe you'll get a splashy report by "some rinky-dink TV station during sweeps" with your BIG SCOOP: KCPD MURDERS Of The Innocents.

Chick maybe should shut her mouth.

Do I feel sorry?...geez, you must be kidding. What in the world has happened to people? I'm assuming this girl wasn't raised with any manners or social skills at all. Yes, you can get your drink on, but if you act like this, you deserve what you get. Her mother must be so proud...geez.

You consider that a hottie?

You need to get out of your mom's basemnet more often.

Wait - what am I saying? Stay down there, no need to come up and see the light of day, nothing to look at here, folks; move along...

That is a hottie? Your standards are about to bottom out. You add Glazer, you bitch about construction debris under the constructions site and now you call this very average woman a hottie?

Why don't you dig into something real like women from Olathe that was killed. The guy they have for it was convicted of attempted second degree murder which was amendded after he died to intentional second degree murder. He got in a fight with a guy, left, got a gun and shot him. He left to get a gun, sounds like premeditation to me.

The guy got something like 7 years. Served less than 4, his parole ran out last year and in little over a year he claims 4 more bodies. Why was he out? I can't believe that nobody is asking these questions.

You claim you want ask the tough questions that other media ignore. Then do it and drop the side show freak Glazer. You and him are opposed on major issues anyway and what does you westside brown boy care about woodside?

We have got your attention. Now it's time to give this misbehavin' hottie a spanking!

I'd buy that for a dollar.

KCPD is fed a steady diet of rectal fauna and prostate juice at many of the areas dining establishments daily.

The secret's in the sauce...

Only people I feel sorry for are the officers who's names are being drug through the mud. The story even showed that one of the offices just posted a "Hey.... bartender spitting in food at BWW...don't go there" Umm...ZERO issue with that getting posted. I HIGHLY doubt that these officers would be stupid enough to text the dumb bitch!

If cops let a drunken bimbo at a baseball game get under their skin its no wonder they can't control crime.

We control crime by kicking your mutha fucking ass (Note: Of course not within view of video/cell phone cameras)

if this were a black or hispanic girl TKC would be having a hissy fit!
Tony=Racist

Whatever she threatens to do at Buffalo Wild Wings, she couldn't make the food there any worse. If she kept cops away, she did them a favor.

Simple solution to the haters above... cancel your subscription to TKC!

No wait... you read it without paying (free) and then whine, complain, criticize and bait the blogger the last sounds like a new internet game - think about developing that idea further, TKC! !

Anyway, you get what you pay for...

Oh and thank you, TKC for all the work you do to bring us all the news! Too bad some of your commenters as assholes.

To add to the above: you get what you pay for

Those of you who don't like the blog...shut up about it, stop reading or at least stop the hateration! It is becoming tiresome.

to all tha white racial honkeys are here. 1 words for you go fuck you selv

I realize how foolish it is to try to discuss things intelligently on the TKC comments pages, but my thoughts are that I do not feel in the least bit sorry for her, but that does not excuse the social media actions, if indeed they were perpetrated by KCPD officers on their own time and dime.

she has a mouth made for face fucking!!!

Stupid bitch. Leaves her kid at home to go get drunk and jack her jaw. Dumbshit....could THAT be the reason she has a kid anyway? These stupid girls have no business having kids. No wonder the city is filled with the shit on the streets.

1020 and 1024, you sound like glazer or harley, and sound like an inbred retard with no actual intellectual reasoning. Take a note cock chugger....When you read comments and then proceed to tell the commnetors to stop reading TKC it makes you a moron. What a normal rational person would do, is stop reading the comments he deems offensive. A normal non dick hugger would not bolster those comments by commenting on them, if in fact they were beneath him. Get it? Now, go fuck your mother.

Dumb drunken mouthy bitch learned the age old lesson, "fuck with the bull and you get the horn."

This old bladder, has reached the height of her life. It's downhill from here, bitch.

KCPD wants you to know to: said...


BTW: Good luck with any lawsuit to try against the KCPD. We iz strong in the legal arena.

From the story:
"While in handcuffs, the report states that Humphrey threatened to get even with KCPD officers by spitting in their food at the Liberty Buffalo Wild Wings restaurant where she worked - a place that is popular with police."

I don't get the outcry. If you work at a restaurant and declare you add your own bodily fluids to customer's food, that's sick. It's depraved. It's cowardly.

Dumb bitch. I don't remember...blah, blah, blah. Does she think everyone is stupid! She should have had her ass kicked and stayed in jail for a few days. She'd remember that!

People spit and piss in cops' food all the time. Anyone that's worked in a fast food dive knows that. Stupid fucking cops.

6:45, well since people break the law all the time it must be okay then. How about someone shits and spits in your food. I'm sure you wouldn't mind.

No, I don't feel sorry for this adult woman. She should just apologize for her behavior and leave it at that. Sounds like she's still playing the victim.

Heck NO. This woman does NOT deserve any sympathy. She sounds like she knows these cops and might be betraying their friendship because shes more severe problems.

They lady has problems. I hope she is okay and gets help for her alcoholism.

No stupid, not everyone that has ever had a drink is an alcoholic. It's fuck heads like you that further this AA madness.

So a stupid woman gets so drunk she claims a black out moment? And Mr. Novak, the criminal justice expert, talks about her safety? What about the safety of the food she obviously has no trouble spitting in? Threats like food spitting don't normally roll off your tongue unless you're used to doing it already.

Chick sounds like an ill manned, immature hot mess who needs to get a job and learn to behave. She deserved to be fired.