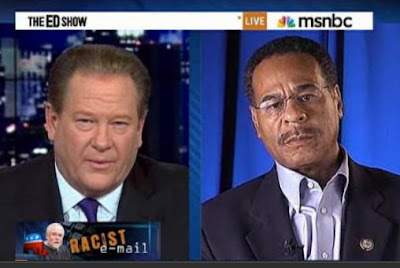 Here's some background on the story with the details of the e-mail that your racist uncle probably already sent you:

Judge apologizes for forwarding a racist e-mail aimed at Obama

Congressman Cleaver appeared on MSNBC's "The Ed Show" and reiterated his call for the resignation of the Federal Judge.

The Black, Asian Pacific and Hispanic caucuses have all denounced the e-mail from the judge.

Obviously, the comment section here @ TKC isn't really a place for enlightened discourse about race relations. In fact, I expect a few of you racist d-bags to prove my point about so much online hate that lingers. Still, I think it's worth noting that Congressman Cleaver is doing the right thing by working against the potential for racial bias in the judiciary.