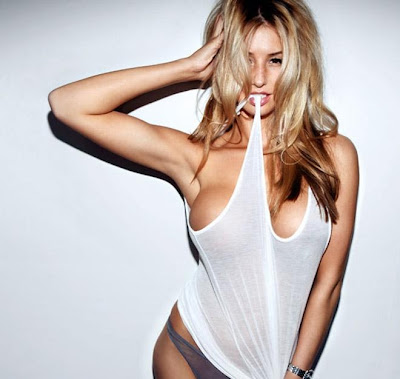 Damn if Danica Thrall isn't the strongest of all my favorite online models . . . Accordingly, here are some of Kansas City's biggest power players for the week.

1. Mayor Sly James - The new Mayor presided over one of the biggest weeks for TIF cash giveaways this town has ever seen. And he's out there raising cash at a frantic pace . . . He's negotiating from a position of power to be sure.

2. Council Dude John Sharp - His Three Trails project is pushed through and it's clear he has some influence no matter how much he pouts about his new committee assignment.

3. City Council Lady Cindy Circo - She is taking credit for getting Google to KCMO. Good for her.

4. MO House Rep. And Democrat Leader Mike Talboy - The awards are mounting for this local politico and he navigated through another rough House session.

1. Loren Halifax - Dirty blonde newsies are the best way to start the morning.

2. Kris Ketz - Note quite as hot as Halifax but still this town's newsie Twitter powerhouse.

5. Marcus Moore - Maybe one of the busiest metro reporters as of late.

1. Jardine's - It's been a while since I've been there but I hear they're still on top with important acts that are even more impressive than recent remodeling.

2. The Phoenix - A rather great menu and located in one of my favorite old buildings and Districts in Downtown KC.

4. The Majestic - A bit too pricey for TKC, I've never been but I hear it's nice.

5. Mutual Musicians Foundation -This one's is on everyone's list and there's probably a reason for it.

Per usual, this list has been compiled according to scientific TKC polling and market research data and it's a weekly comprehensive guide to local powerful people.