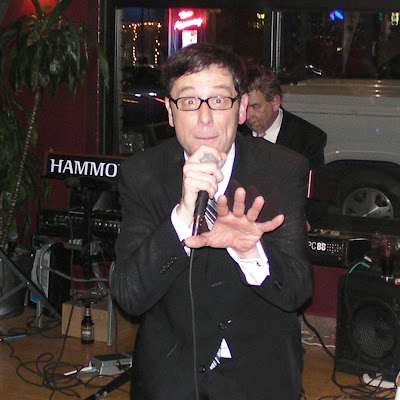 Last night was the kickoff for Dave Stephens at Danny's Big Easy in the 18th and Vine District.

Standing room only, a packed house and a swing dancers filled the place. 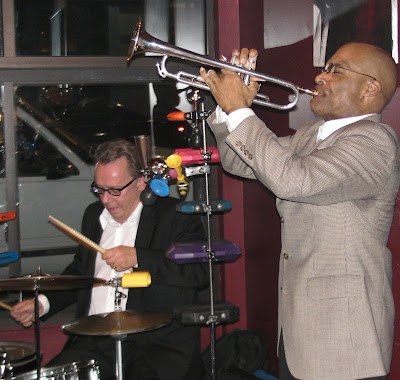 Dave was backed up by local legend Lonnie McFadden along with Walter Bryant and Jürgen Welge. 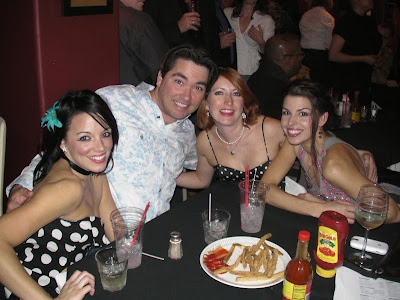 Tons of notables in the crowd but TKC was lucky enough to get a shot of the cool kids: From left to right Kat Kimmitz, Scott Ashley Smith, Marisa MacKay-Smith and Tracie Davis.

Kimmitz and MacKay-Smith not only work with Dave as "The Sideshow Sisters" but also lead the local Downtown Burlesque Undergroud troop. Denizens of the Kansas City art scene might know Davis from her work with City In Motion. 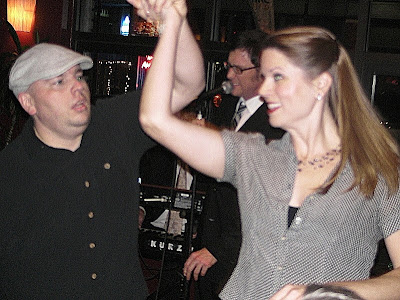 Again, lots of swing dancers showed up to last nights gig and I was pretty impressed with their moves . . . Especially considering that I usually bump into people and piss them off when I'm in a crowd. 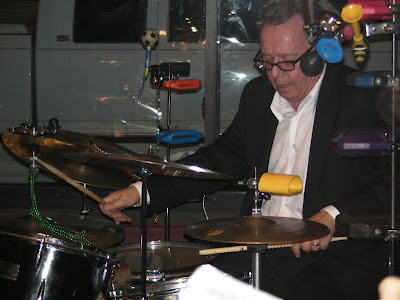 Finally, my favorite shot of the night was another look at Jürgen Welge who is probably one of the best drummers in KC.

Throughout the week, I'll have a bit more coverage of what is probably my favorite act to swing through Kansas City in a long time.

Dave will perform with the beachnuts at Jardine's Jazz Club on November 24.

Finally, Dave will play And The Marquee bar and grill in the Power and Light District on November 27th.