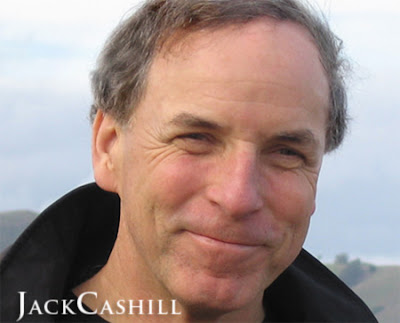 A great many people in KC know Cashill and he seems like a pretty nice guy.

His work on the national level has been highlighted through quite a few Presidential Administrations.

For instance . . . Cashill put the Clintons at the epicenter of a great many conspiracies.

At the outset of the Obama Administration Cashill first offered "proof" that the President's books were ghost written.

Heck, he even won a Pitch "best of" Award for his penchant for conspiracies.

Check Google and note that the term "Conspiracy King Jack Cashill" comes up quite a bit.

Personally, I can't help but admire the dude's writing while noting that a Mayor who formerly called himself a "Liberal" is now hanging out with a crew that's probably more Conservative than anything allowed on Cable TV News.

As for the mystery of Mayor Funky's appointment selections . . . Unfortunately, there is no conspiracy. Kansas City's Mayor simply sucks at the appointment process and was just to stubborn to learn how to do it correctly.