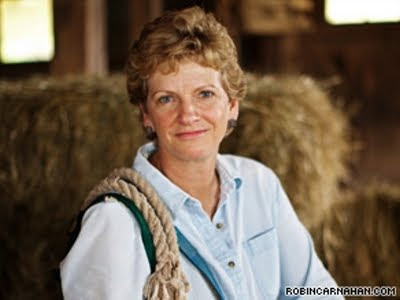 Let's be forthright with one another, very few people give Robin Carnahan a realistic chance of beating Roy Blunt in the upcoming Missouri Senate Race.

Nevertheless, the various theories regarding the Democrat campaign going down in flames keep TKC interested in the election hot mess.

A FEW KANSAS CITY POLITICAL INSIDERS WERE KIND ENOUGH TO OFFER REASONS FOR CARHAHAN'S UPCOMING DEFEAT THAT MOSTLY REVOLVE AROUND MONEY AND PROBLEMS WITH DEMOCRATS RELATING TO MINORITIES!!!

DEMOCRATS ON THE NATIONAL LEVEL WILL BAIL OUT AND MOVE THEIR MONEY TO MORE PRODUCTIVE VENUES WHEN THEY DISCOVER CARNAHAN CAN'T WIN!!!

Already, Carnahan's Kansas City Obama fundraiser was disappointing and given that Kansas City is usually the place where people get left behind . . . I don't doubt the validity of this theory.

A GREAT MANY DEMOCRATS ALREADY PULLED THEIR MONEY OUT OF THE CARNAHAN RACE!!!

Basically the same point, only more so . . . Already, one of the most well-connected local Democrats in Kansas City told TKC that the donkey's already pulled A HALF-A-MILLION BUCKS (!!!) out of the Missouri Senate Race in order to use it more productively in Nevada . . . And not even at the Blackjack Tables but in order to help Harry Reid in a contest that's getting closer.

KANSAS CITY DEMOCRATS HAVE BETRAYED THE BLACK VOTE THAT WILL NOT TURN OUT FOR CARNAHAN!!!

Now, this is an interesting conversation that was discussed openly on Eric Wesson's talk show this weekend.

This is one of the chief talking points among folks frustrated at the outcome of the recent Jackson County Democrat Committee Chair vote.

And while there's a hope that officials from the Democratic Party on the National Level will ease the alienation felt by a great many Democrats in The African-American community, if they don't start quickly there isn't much hope their message will be effective.

Like it or not, Carnahan can't win a close race without overwhelming support from The African-American Community in Kansas City and St. Louis. So far, it seems so many Democrat leaders in Kansas City have failed to think about the party's best interests and concentrate only on their own fiefdoms. It's a strategy that's sure to lead to an even greater failure for Democrats in upcoming elections.