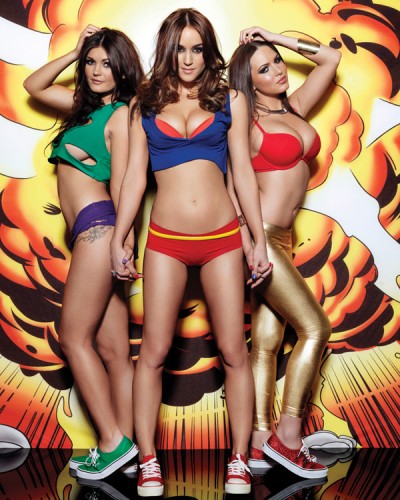 Tonight, let's look back on the trend that defined theses last few days . . .

THIS WEEK KANSAS CITY FINALLY DECIDED TO START STANDING UP AND PUSHING BACK AGAINST THE LOCAL POLITICAL ELITE!!!

Like it or not . . . Derron Black led this local movement with an outburst that overshadowed Kansas City's Mayor and his State Of The City speech enforcing the status quo: 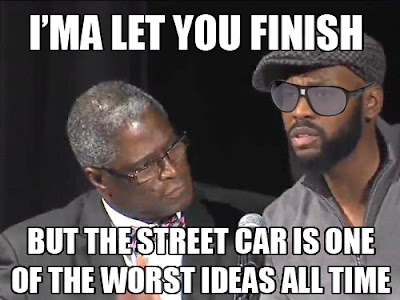 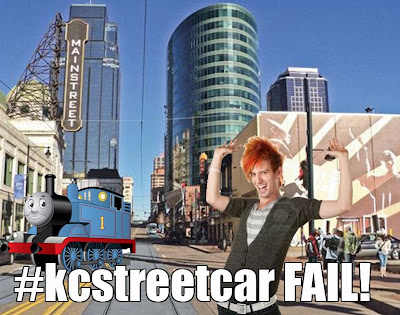 Even after an unfavorable Jackson County verdict . . . Credit to our friend Bryan "El Bryan" Stalder for taking to the Internets and using his artistic ability to challenge the Kansas City streetcar TOY TRAIN debacle on their home turf. 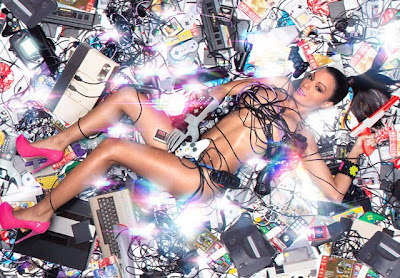 A bit of tech activism could not only employ Google Fiber in a local solution to bridge the digital divide but also change the corporate culture of Kansas City Internet perception that focuses far too much on entrepreneur pipe dreams and not enough on community building.

THIS WEEK WAS A TURNING POINT IN KANSAS CITY POLITICAL DISCOURSE AND REVEALS RESIDENTS PUSHING BACK AGAINST THE RHETORIC OF THE MOSTLY DISCONNECTED POLITICAL RULING CLASS!!!

And this has inspired our playlist tonight . . .