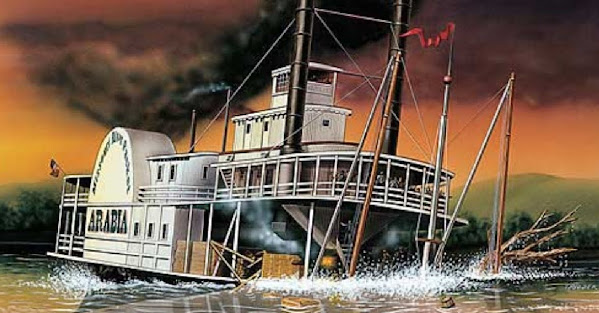 Apologies but this is a trip that most youngsters dread because video games are way more fun.

Still, here's local history fading without much fun from anybody but bored newsies . . .

The news the Steamboat Arabia Museum has signed a letter of intent to relocate to St. Charles has worried his patrons, but it’s tough to get someone locally in power to comment.

Neither City Manager Brian Platt or Kathy Nelson, head of VisitKC, the regional tourism organization, could be reached for comment. The manager of the City Market, KC Commercial Realty, said they couldn’t discuss the lease.

Former City Manager Troy Schulte, who served 10 years at the city before becoming Jackson County administrator in 2019, recalls conversations with the Hawleys about the future of the museum.

“We never got down to serious brass tacks,” Schulte said.

Steamboat Arabia Owner Talks About Shoving Off to St. Charles

David Hawley, the owner of the Steamboat Arabia Museum, says St. Charles officials are wondering why Kansas City is allowing them to lure his top tourism draw away. "St. Charles is looking at this and saying, 'What's wrong with Kansas City? Why are they turning up their noses at this?'" he said.