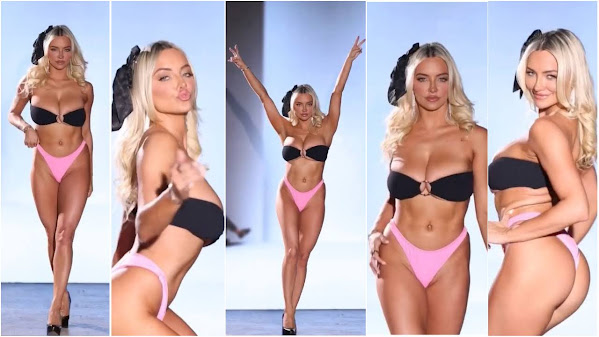 KANSAS CITY, Mo - Scorching temperatures ahead of the summer solstice are prompting a Kansas City church to change its camp operations and are leading to an increase in demand at nonprofits. Shelter KC is a nonprofit which offers a variety of services to people living on Kansas City's streets.

Growing up in South Kansas City's Marlborough neighborhood, Christopher Vernon Stewart spent summers watching his grandfather build business after business to support his family. "He was a big part of my life coming up. So he instilled a lot of principles and discipline, like integrity and work ethic," Stewart says.

LEE'S SUMMIT, Mo. - The continued heatwave has caused roads to buckle from Oklahoma to Minnesota and a dragstrip to cancel races in Kansas. Thankfully, the Kansas City area isn't seeing the problems on the roads as other parts of the country quite yet.

More than $1B in unclaimed property in Missouri

JEFFERSON CITY, Mo. - On average, one in 10 Missourians has unclaimed property with the state, worth more than $1 billion combined. Missouri State Treasurer Scott Fitzpatrick is launching the department's annual effort to notify residents of their unclaimed property and return it to them.

STRONG CITY, Kansas - Third-generation rancher Daniel Mushrush has 30-plus miles of barbed wire fence to tend to. Calves wriggle beneath it. The wires get loose. Wild animals take a toll. And when streams surge after storms, rushing water often snaps sections in two.

The Kansas City Chiefs have announced dates for 2022 Chiefs Training Camp presented by Mosaic Life Care at Missouri Western State University in St. Joseph, Missouri. This is the team's tenth training camp at MWSU. All times and dates are subject to change.

Lindsey Pelas dropped jaws with a new share on Instagram, which displayed an abundance of bouncing cleavage as she walked the stage! The famous influencer captivated fans on social media after she shared a jaw-dropping video of herself on Sunday, June 19.


Another Blast From The Past

The Biden administration announced Tuesday it reversed a rule implemented by the Trump administration that allowed the United States to use anti-personnel landmines (APL) around the world. Why it matters: The change, which came after an extended internal review of the 2020 policy, prevents the U.S.

Frustrated with January 6 hearings, Trump turns ire toward his allies

Donald Trump is growing increasingly irritated with the House panel investigating the January 6, 2021, riot as it lifts the curtain on some of its findings with public hearings that have garnered gavel-to-gavel cable coverage -- much to the annoyance of the TV-obsessed former President.

The law enforcement response to the Uvalde school shooting was an "abject failure" with police lives prioritized over those of children, a top Texas official said Tuesday. The blunt assessment by Steve McCraw, director of the Texas Department of Public Safety, was made at a state Senate committee hearing investigating last month's mass killing.

The liberal justice Sonia Sotomayor has warned that the US supreme court is dismantling the wall between church and state, after the conservative majority ruled that the state of Maine cannot exclude religious schools from a tuition programme.

In fact, the legality of the plan will be at the heart of Tuesday afternoon's hearing, which will be led in part by panel member Rep. Adam Schiff (D-Calif.). It's the select panel's fourth public hearing as investigators lay out their findings.

Not now Zoom! Video conferencing service goes down around the world

Donald Trump had a "direct and personal" role in the effort to pressure states to overturn their election results, Jan. 6 Committee Vice Chair Liz Cheney said Tuesday. Cheney added that former Trump attorneys Rudy Giuliani and John Eastman, who authored the infamous "coup memo," also had a direct role in the effort.

Russia Tells Lithuania: Your Citizens Will Feel the Pain Over Kaliningrad

LONDON (Reuters) -A top ally of President Vladimir Putin told Lithuania on Tuesday that Moscow would respond to its ban on the transit of goods sanctioned by the EU to Russia's exclave of Kaliningrad in such a way that citizens of the Baltic state would feel the pain.

More than 1 million Americans have died from COVID-19, but recent data shows that deaths and severe disease are not increasing with the same vigor despite a surge in infections. The U.S. has reported more than 700,000 new cases in the last week, but experts say totals are likely significantly undercounted as states shutter public testing sites and more Americans use at-home COVID-19 tests.

Stephen Colbert addressed the recent arrests of his crew and production members, who were caught and charged with being in an unauthorized area of a U.S. Capitol building last week. During Monday night's "Late Show," Colbert downplayed the arrests as a "very professional" interaction between his staff and "cautious" Capitol Police officers.

A 6-foot-2-inch content creator revealed how she went from being bullied for her height to making $100,000 per month on OnlyFans. Marie Temara, 27, who towers 10 inches above the average US woman, has admitted she used to be embarrassed about her height and wished she was shorter.

How the oddsmakers now see every Chiefs game in 2022

The Kansas City Chiefs will begin the 2022 season on Sunday, September 11, facing the Arizona Cardinals on the road - the first of 11 games the team is currently favored to win. Now that OTAs and minicamp are behind us, how does DraftKings Sportsbook calculate the odds on the rest of the team's games this season?

"Every round, we're challenging all participants to not only do the workout, but also walk away knowing what each meaning behind the fold is," said Josie Bluford, Folds of Honor Kansas City. "The weight that these families are carrying is so much more than just a workout that you're doing."

Braised beef is popular in most parts of the world, it's also the signature dish at the area's first Indonesian restaurant, SpicyOne in Overland Park.

FORECAST: Temps around 100 Tuesday afternoon, but a cooldown is coming

Looks like mother nature is hitting us with a double whammy for the first day of summer. Our pocket of warm, moist air continues to envelop the viewing area. We're starting off in the upper 70s and lower 80s, with muggy conditions and wind out of the southwest between 5 and 15 mph, with an occasional gust of 20.

Shinedown - Daylight is the song of the day and this is the OPEN THREAD for right now.